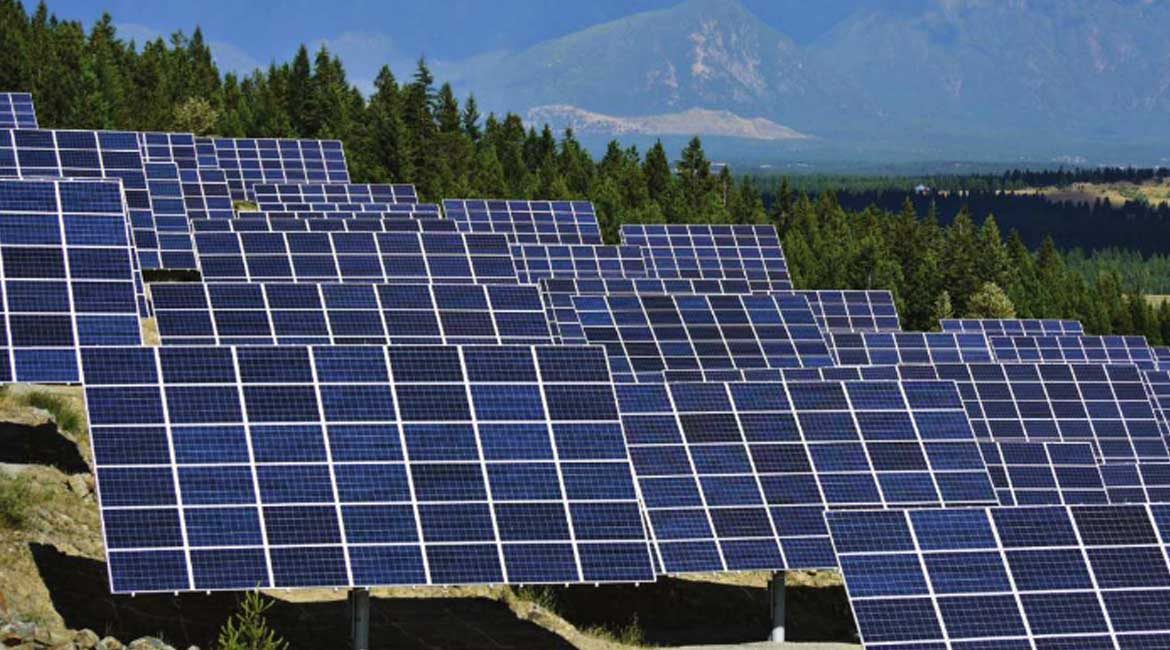 Recognizing and embracing its natural resources put the town of Kimberley, British Columbia on the map, originally. Now, over a century later, that same mantra is the driving force behind reinvention of an entire community. Once home to the largest lead-zinc mine in the world, today Kimberley houses the largest solar project in BC. From mining the underground motherlode to blue sky thinking, local visionaries have consistently capitalized on the area’s natural assets, and the future looks bright, indeed.

Economic Development Officer Kevin Wilson describes Kimberley as “the epitome of a Canadian resource town success story” that used its distinctive qualities, and took some entrepreneurial risk – with community support – to foster growth. “There are towns all over this country that drew water, hewed wood, mined the land for many years. And a lot of towns throughout BC that disappeared, became ghost towns, because people packed up and moved to the next economic opportunity once the resource was gone.”

Wilson cites the nature of the Canadian economy as a factor, where resources are pulled from the hinterland and wealth accumulates in major centers, while investments in community and preserving its history aren’t necessarily made. In comparison, Kimberley chose to revive and thrive in its scenic setting; becoming a favored tourist destination and solar innovation hub.

In the 1890s, a small settlement called Mark’s Creek Crossing rose up near the site of the Sullivan Mine in the Kootenay region of southeastern BC. The name was soon changed to Kimberley, for the famous Kimberley diamond mine in South Africa, in hopes that Sullivan’s silver, lead, and zinc deposits would be as rich as those in the diamond mines of its African namesake. For over 100 years, the Sullivan Mine and Kimberley prospered, and much wealth was generated in the community.

In 1910, the mine was taken over by the Consolidated Mining and Smelting Company Ltd. (Cominco). Later, Cominco was bought by Teck Resources and became Teck Cominco, and is now Teck Resources – Canada’s largest diversified energy and mining company. A global entity based in Vancouver, they have significant holdings in coal in southeastern BC, and are a major player in oil sands development and copper mining throughout the world. But it was Kimberley that fuelled Teck’s growth.

Wilson explains, “The company still has strong presence in the community, largely because they have so much land. A third of our land base is former Teck mine property. They still own and manage it, but a lot of it isn’t suitable for other uses because of what went on historically. Back in the day, they weren’t using liners in the tailing ponds where the metals were refined, so there was a fair amount of ground contamination that we’re dealing with today.”

In 1968, forward-thinking community leaders realized the mine would be depleted at some point, and started discussing options. Given Kimberley’s idyllic location, tourism was an obvious answer. Over the next decade, the town embarked on a total re-imagination. Investment was made in an existing ski hill that still operates today, as the Kimberley Alpine Resort. The community successfully branded itself as “The Bavarian City of the Rockies” to capture the imagination of would-be tourists; a theme still evidenced in some community facades and businesses. Downtown Kimberley became a pedestrian-only shopping area called the Platzl, currently one of its most distinctive features.

The Sullivan Mine closed in 2001 – the end of an era, and the beginning of a new transition.  Kimberley is now promoted to tourists as a four-season recreation destination – with three golf courses in the city limits, river sports, and hundreds of kilometers of hiking trails. In 2010, a conference center was built to round out the low points between ski season and golf season. A great place to call home, the town offers diverse business and cultural opportunities, and sees its residents employed within the community, throughout the region and beyond.

In 2008, an organization called EcoSmart approached the town and Teck Resources with this thought… “You know, you’re in the sunniest part of BC and you have all this land that you’re not using; maybe you should consider some solar development to take advantage of the resources you have.”

The seed was planted and refined over the next three years to include a business plan and possible funding sources. BC municipalities need public consent to borrow money, so during the 2011 election, a borrowing referendum was placed on the ballot: “Would the community support borrowing $2 million towards construction of a solar project?” The response was remarkable; 76 percent in favor. And SunMine became a reality.

Built on a former mine brownfield, the $5.3 million SunMine project began commercial operation in June 2015 and was jointly developed by Kimberley, EcoSmart, a non-profit organization based in Vancouver, and Teck Resources Limited, former operator of the Sullivan Mine and owner of the industrial site. SunMine has 4,032 solar-cell modules, mounted on 96 solar trackers which follow the sun’s movement to maximize solar exposure. It provides 1 megawatt peak production, or enough to power about 250 homes. The investment in what became BC’s largest solar project, Canada’s largest solar tracking facility, and the first solar project in the province to sell power to the BC Hydro grid, brought unexpected and welcome attention to Kimberley.

Wilson notes, “The publicity has created awareness that we are a resilient, environmentally-conscious community that’s taking a history of resource development, and capitalizing on the resources we have now on land that is not otherwise being used. In the first 18 months of operation we generated 2,000 megawatts hours (98% of the energy we expected), and we’ve earned $200,000 per year (92% of expected revenue). We had budgeted $35,000 a year to clean the panels, but the rain and snow have done that for us, so cleaning hasn’t cost us anything.”

Kimberley has a population of 6700 and its residents work throughout the area. Just 30 km to the south, the city of Cranbrook (population 20,000) provides many employment opportunities. It is the regional service center for southeastern BC; home to government services, government offices, the regional hospital, and various healthcare services. According to Wilson, “Folks in Cranbrook come to Kimberley for recreation. We have 40 restaurants, niche retail shopping, sports facilities, art galleries, studios, heritage sites, and live entertainment. We are only two hours from the U.S. border, so we’re seeing more Americans, as well. And many people from Alberta who are within a day’s drive and appreciate a good value, family experience.”

Kimberley is working with Cranbrook to bring businesses and families to the area, touting that the cost of land and professional services for production facilities will cost $25,000 less per employee here, than in major centers. A single-family home in Kimberley sells for $250,000, far below the urban average. Two hours from Calgary, three hours by plane to Vancouver – and the Canadian Rockies International Airport sits conveniently between Kimberley and Cranbrook. Most importantly, the exceptional quality of life is a huge bonus.

Marketing itself as “A good place to be”, Kimberley is a historic mining town, a tourism resort and destination, an inspiring place to grow up and a beautiful place to retire. Of course, it faces significant challenges, aging infrastructure being one of the biggest. Until 2009, the town wasn’t saving for the cost of replacement, so now it’s a struggle to pay for what has become a necessity. But that’s a hurdle worth tackling. And with so many positive attributes going for it, this ambitious mountain town is forging ahead with excitement. As Kevin Wilson puts it: “We’re creating a future, not awaiting it.”

Deger Canada – Deger is the world’s leading manufacturer of single and dual-axis solar tracking systems. Since 1999, the company has been consistently developing new ideas and concepts for the optimum use of solar energy through solar module tracking. Deger develops, builds, produces, and services intelligent tracking systems for photovoltaic modules, making this technology more efficient and consequently, more economical. The company, which was founded in Germany, has more than 75,000 systems installed in 64 countries. Deger Canada opened in 2015. – www.degerenergie.de 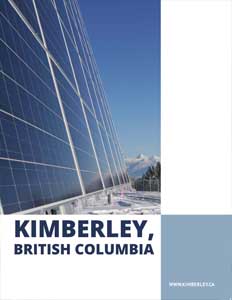