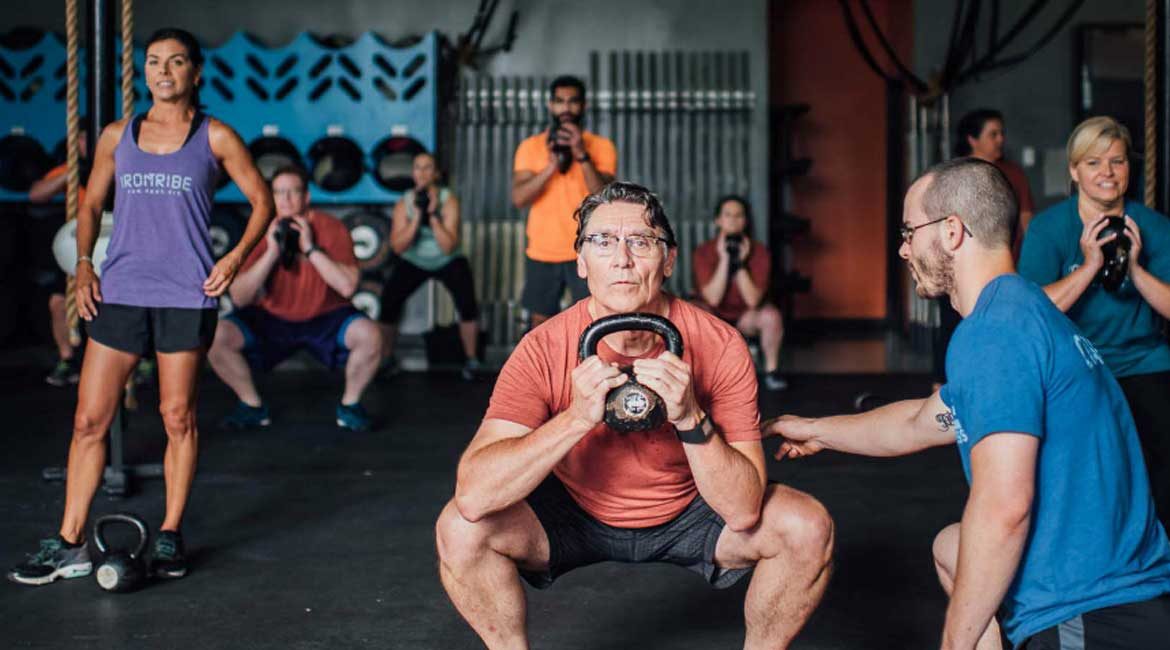 It is estimated that almost 58 million Americans are members of a gym or health club and that together, they spend over $75 billion a year at over 30,000 establishments. One of the relative newcomers to this burgeoning industry is Iron Tribe Fitness, founded by Forrest Walden in Birmingham, Alabama, in 2010. Today, Iron Tribe is one of the fastest-growing gyms in America, with over 7,000 customers in 40 locations in 14 states.

“I was a franchisee of another fitness concept called Fitness Together,” Forrest recounts. “I owned and operated six locations in Birmingham, and I purchased the rights to be a master franchisee in three states: Alabama, Florida, and North Carolina, eventually growing to 55 locations. That concept was primarily focused on one-on-one personal training in private rooms. I started to see the industry shift more towards group training with everything from Boot Camp classes to the CrossFit explosion to Orangetheory – all these things starting to merge. I really wanted to create a group model, and Fitness Together wanted to stay focused on their core offering of one-on-one personal training. So, they bought my territory back and I set about creating the Iron Tribe business model. I wanted to create a community-based, workout program with group fitness workouts for customers who increasingly live in a fragmented world and don’t have a gathering place, anymore. We wanted to be that place between home and work, and thought there was no better tool than fitness to be able to accomplish that.”

“When I created the Iron Tribe model, it wasn’t just to open a gym in Birmingham, it was to franchise it and scale it, from the very beginning,” Walden continues. “Because I had no prototype, I obviously had to create the first location and prove that we could execute it and build a prototype that worked. I knew from my past experience with Fitness Together, most investors don’t get excited about one, single location. They want something that they can scale and reap all the benefits of the economies of scale. I wanted to scale it in Birmingham, four to six times, before I started to franchise the model. So that’s what we did. Between February 2010, when the first one opened, and April 2012, we opened up four of our own locations and launched the franchise model. Today, there are eight corporate locations; six of those are in Birmingham, Alabama, where we’re headquartered, and two are in Atlanta. We are now starting to develop the Atlanta market as our next corporate city.”

Walden explains where Iron Tribe fits within an industry, that, today, offers many more choices than it did only a decade or two ago. “Our niche would be referred to as the boutique fitness gym – some people call it a micro-gym,” he says. “We’re not competing against the 24-hour fitness models –the Gold’s Gyms or the Powerhouses; they’re not our competition, at all. Our competition is more in that boutique or micro-gym market. That could be anything from a SoulCycle to an Orangetheory Fitness, to a CrossFit gym, to anybody who’s offering group, personal training classes as their primary offering.”

With so many different models competing for the consumer’s dollar, it’s become a necessity for each brand to define itself as succinctly as possible. Iron Tribe’s tagline is “Fun, Fast, and Fit.” “We want our customers to know that when they come in the door, every workout is going to be fun,” Walden says. “We’ve taken the guesswork out of the process. They just show up – the workout’s created for them. It’s always a mix of different workout elements; always variable. It keeps their body guessing and ultimately keeps it fun. It’s fast – it’s only 45 minutes; we always start and end our classes on time. There are always two full-time coaches per class, so the trainer-to-client ratio is never more than one-to-ten, which is really important in our industry. Scheduling is easy through an IPhone app. They can choose from any class we offer in any city. They have access to our clubs, nationwide. And then, fit – we’re going to get them into the healthiest version of themselves. Everybody has different goals, and we can scale them and modify our workout to fit the goals they’re after.”

When vetting potential franchisees, Iron Tribe has several criteria: “We want someone with leadership experience who has led a team,” Walden explains. “Business experience is, obviously, preferred, but we’re also looking for someone who is passionate about fitness, and, ultimately, our purpose, which is changing lives. If someone does not want to really help people improve, and is not passionate about using fitness as the vehicle to do that, they’re not going to be a good fit for our system, because we believe they you have to live and breathe fitness to execute the model.”

Once a prospective franchisee is identified, Iron Tribe offers a wide range of support services. “We help with everything from site selection to lease negotiation to project management, all the way to getting their Certificate of Occupancy,” Walden states. “We’ve got a start-up guide to guide the franchisee, the real estate broker, and the contractor on how to build out an Iron Tribe. And when the franchisee purchases, they get a three-mile, protected territory.”

In addition to a franchisee’s own efforts to recruit trainers and coaches, Walden says that the corporate office is on hand to assist with that necessary task, as well. “We help them recruit the right people and then we have programs here at the corporate office to take their coaches and their managers through a three-week practicum, which is a combination of in-class theory and study, and on the floor – actually shadowing the coaches and managers at our corporate location.”

Walden says that since its inception, Iron Tribe has grown primarily through word-of-mouth and internal growth – the company doesn’t engage franchise brokers, nor attend any conventions in pursuit of potential unit owners. “The most common way is having a client who has an outstanding brand experience and wants to own and operate their own location; or a staff member will grow in the system and figure out that they want to move on and own their own location; or both – where a staff member will partner with a client to open a location. That’s been the predominant way that we’ve grown.”

As Iron Tribe Fitness continues to develop and mature, Walden says that it will do so by opening more corporate locations. “We enjoy operating the model and feel like that’s one way we can continue to grow the footprint of the brand,” he says. In addition, a big focus will be on ensuring the success of its individual gyms so that their owners will want to open additional units. “And we do want to continue to attract and onboard the right franchisees,” he adds. “We want to get the chain to 100 units, changing the lives of over 20,000 clients.”

WHO: Iron Tribe Fitness
WHAT: A boutique, micro-gym offering group classes and workouts
WHERE: Headquarters in Birmingham, Alabama
WEBSITE: www.irontribefitness.com 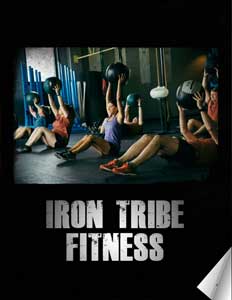