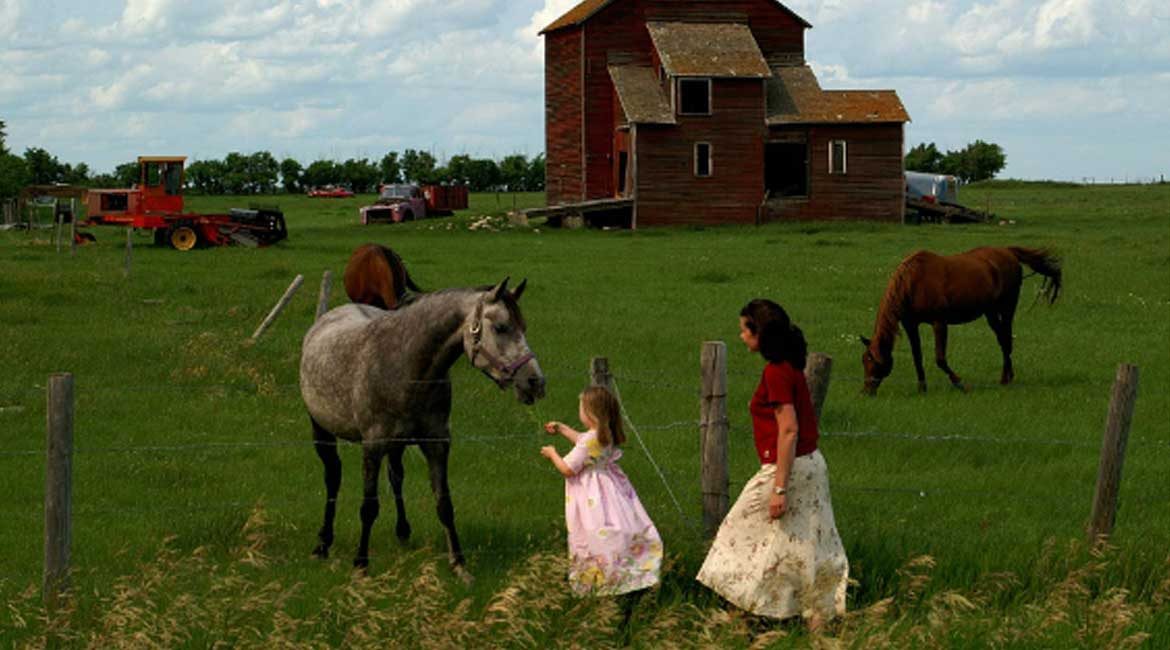 Situated in south-central Saskatchewan on the Moose Jaw River, this city of some 35,000 modern Moose Javians was first settled by the Cree and Assiniboine people as a winter encampment. They called the place moose gaw, meaning “warm breezes” – indicative of the protection from the weather that the Coteau Range plateau provides to the river valley. European immigrants, mainly from Britain, as well as from eastern Canada, began to settle the area in the late 19th century, and Moose Jaw became a city in 1902.

The railways have always played an important role in the early development of Moose Jaw, with the city having both a Canadian Pacific Railway Station and a Canadian National Railway Station. Over the years, and with the addition of major highways, such as the TransCanada Highway running east and west through town, its strategic location has helped make Moose Jaw a transportation hub for Saskatchewan’s huge output of agricultural products, including chickpeas, lentils, flax seed, dry peas, canola, mustard seed, and durum.

Today, the City of Moose Jaw aspires to be more and it believes that it has the means to achieve that goal by taking advantage of the area’s agricultural bounty and adding value to it. According to Deb Thorn, Economic Development Officer for the City, the region’s crops have traditionally been grown domestically but then shipped off to other countries to be processed. So, Moose Jaw is betting that the ag-processing industry will be the region’s next economic driver and it’s doing whatever it can to attract those types of operations.

The first thing the City did was find some land that could be zoned industrial. So, it annexed some 3,600 acres just east of town for an industrial park which will cater to all types of enterprises, but focus, mainly, on the ag-value-added sector. “We have access to everything that’s required,” touts City Manager, Matt Noble. “We’re close to rail; we’re situated on the TransCanada Highway; we are in proximity to Regina, the capital, with its international airport; we have the ability to provide an ample water supply; the area is in proximity to our wastewater treatment plants, so the handling of effluent as a commodity adds even more value. We also have access to natural gas and a power supply – everything that’s required for industrial development.”

And then the City landed its first tenant. After a year of negotiations, Moose Jaw now has a contract in place with a German investment group that plans to set up Canadian Protein Innovation, a $100 million, green pea processing plant on 100 acres of the new industrial park. “Their business model is to move closer to where the crops are and build in that competitive advantage,” Thorn explains. “And we know, from working with site selectors, there are certain things that are required and Moose Jaw was absolutely perfect for what they needed. They need water and the ability to treat water and our City’s wastewater treatment plant has extra capacity to manage industrial operations. So, that will be an anchor tenant with construction to start in June.” “It’s about job creation,” says Noble. “And while we’re creating jobs, we’re also providing value back to the region through increased benefits to our rural partners.”

Noble adds that other companies are beginning to express interest in the park, including one that wants to build a combined-cycle natural gas generating facility. “Now that we’ve got the gas line and the transmission line, it makes it a pretty attractive site,” he says. Thorn says that once all the plots are eventually sold, the city will realize a profit while increasing its tax base. Meanwhile, the City will be installing all of the new water lines and sewer systems with funds realized from plot purchases. “We receive a lot of support from the community for the concept and I think people will be pretty excited when the actual construction starts,” she states.

Moose Jaw has a number of programs that it uses to attract tenants. One key initiative is a five-year property tax phase-in with a sliding scale based on the number of jobs created. For example, a company creating more than 60 new jobs in manufacturing or processing, transportation/warehousing distribution, or communications and research sectors, can receive a five-year 100%, property tax exemption(excluding land). Canadian Protein Innovation will be eligible.

For existing businesses that want to expand, the City provides a five-year property tax phase-in to new builds or expansions. The exemption is applied to the increased assessed value resulting from construction, as follows: 100% Year 1; 80 % Year 2; 60% Year 3; 40% Year 2; and 20% Year 5. “That really applied a pat on the back for the local guys expanding and we saw a lot of development there,” says Noble.

While the ag-processing industry gets off the ground in Moose Jaw, and other businesses continue to expand, the fact is that a good fifth of the City’s economy is built around tourism. Indeed, close to half a million tourists visit the city each year. “This city has a rich history,” says Noble. “We have tourist attractions like the Tunnels of Moose Jaw.” The Tunnels of Moose Jaw were a network of underground tunnels built around 1908 that connected buildings in the downtown area. They were originally constructed to be an underground steam system but the plan was abandoned. The tunnels were then used as living areas by Chinese railway workers hiding from authorities and later still as conduits for illegal rum-running during Prohibition in the United States. “The history is that one point in time, Al Capone ran liquor out of here when things got tough in the States,” Noble relates. The Tunnels of Moose Jaw attraction opened in 2000.

The City is also home to the Snowbirds, officially known as the Canadian Forces 431 Air Demonstration Squadron, based at 15 Wing, the center of Royal Canadian Air Force aircrew training. The Snowbirds show team puts on aerobatic performances whose purpose is to “demonstrate the skill, professionalism, and teamwork of Canadian Forces personnel.” Moose Jaw also has Casino Moose Jaw, which sports both a gaming floor and the Mae Wilson Performing Arts Theatre, as well as the Temple Gardens Mineral Spa, named one of the world’s Top Ten Spas for Mineral Springs. In addition, downtown Moose Jaw has many historical buildings and a host of shopping options.

And, of course, there’s Mac the Moose. Born in 1984, the brainchild of former tourism supporters from the city, Mac stands 32 feet tall and weighs 10 tons. Mac was constructed by Saskatoon artist, Don Foulds, using a steel frame, covered with metal mesh, and completed with 4 coats of cement. As Moose Jaw’s most famous celebrity, Mac remains one of the most photographed roadside attractions in Canada.

All in all Moose Jaw is one “Surprisingly Unexpected” place.

WHO: Moose Jaw, Saskatchewan
WHAT: A city of 35,000
WHERE: South-central Saskatchewan on the Moose Jaw River
WEBSITE: www.moosejaw.ca 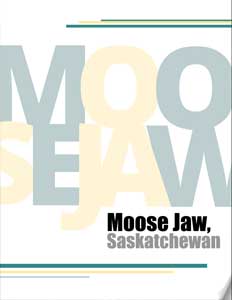