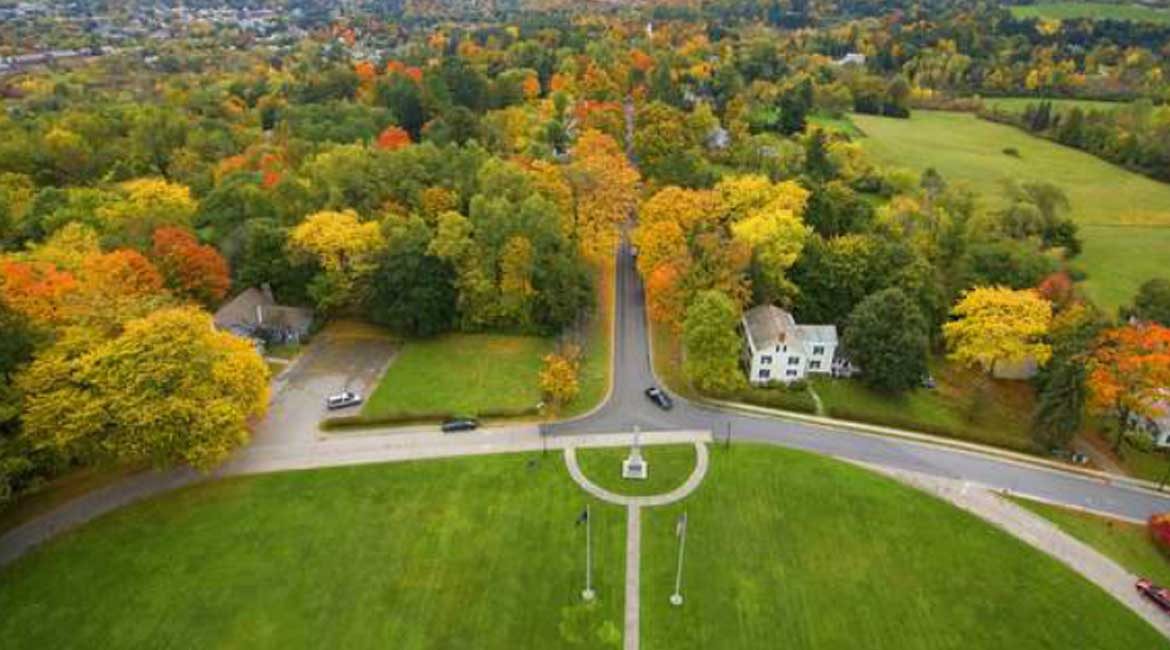 Bennington, Vermont is a town of approximately 15,000, located on the far southwestern tip of the Green Mountain State. Vermont’s first town, it was originally chartered in 1749, by Colonial Governor Benning Wentworth and was named in his honor. It is known in particular for the Battle of Bennington which took place in August 1777, during the Revolutionary War. A rebel force led by General John Stark, and reinforced by Vermont militiamen led by Colonel Seth Warner and members of the Green Mountain Boys, decisively defeated a detachment of British General John Burgoyne’s army, contributing to his eventual surrender at Saratoga in October. The Bennington Battle Monument, a popular tourist attraction, was dedicated in 1891. The 306-foot high stone obelisk is the tallest man-made structure in the state.

Bennington has a long history of manufacturing and craftsmanship and the town was known primarily for its wood processing, pottery, iron, and textiles. From the 1950s through the ‘70s, it was considered a traditional, blue-collar town, but as its manufacturing base began to die out at the end of the last century, Bennington, like many other New England towns, has had to find other economic drivers in order to secure a viable future for its residents. Today, the Southwestern Vermont Medical Center is the town’s largest employer with a workforce of approximately 1,300; its largest for-profit manufacturing employer is NSK Steering Systems America, Inc. with approximately 850 employees. In addition, tourism is still an important component of the local economy.

As Bennington and its neighboring towns and regions struggle to rebrand themselves, Matt Harrington, the Executive Director of the Bennington Area Chamber of Commerce, says that one important initiative that is gaining momentum is what is known as a “green cluster” economy. The green cluster model is a regional effort, centered in Brattleboro, Vermont, designed to promote the area’s natural assets, while focusing on socially responsible manufacturing, green building products, and sustainable energy research. Its goal is to replace the region’s lost jobs with employment in the fields of green building and resilient design.

The first meeting of industry stakeholders in the Green Economy Industry Cluster Initiative took place last January, and today, the cluster encompasses more than 120 businesses, colleges, and organizations; three states; and four counties: Windham and Bennington in southern Vermont, Cheshire in New Hampshire, and Franklin in Massachusetts. “The brand of Vermont closely aligns with the future of Vermont, which is green industry,” says Harrington.

Another initiative designed to re-invigorate Bennington’s economy is the revitalization of its downtown. And its most important component is the recent purchase of the historic Greenberg Block which includes the former Putnam Hotel, the Old Courthouse and Pennysaver, the Winslow Building, the Oldcastle Theatre, the former H. Greenberg and Son Hardware, and the Mobil Station. The Bennington Redevelopment Group LLC, a consortium of local business leaders, institutions – including the Bank of Bennington, Southwestern Vermont Health Care, Bennington College, and Southern Vermont College – as well as some civic-minded investors such as M&S Development – has organized together to transform the block of buildings at the Four Corners of Bennington into a vibrant, mixed-used downtown space with in-town living, offices, restaurants, and retail. According to Harrington, the rehabilitation project, which is estimated to cost between $40-50 million, has been talked about for decades, and is “probably the most exciting economic development thing that’s happened in Bennington in the last twenty to thirty years.”

In addition to helping to attract tourists to come to Vermont, Harrington says that another focus of the Bennington Area Chamber of Commerce is on business development – helping to retrofit older businesses by providing development tools, insight, and education. “A third function of the Chamber is to connect all the other players,” he adds.  “We have a Bennington County Industrial Corporation; a Bennington County Regional Commission; the Town of Bennington; and the National Main Street Program. We are in the business of creating an ecosystem where businesses can thrive.”

WHO: Bennington, Vermont
WHAT: A town of 15,000
WHERE: Southwestern Vermont, near the borders of New York and Massachusetts
WEBSITE: www.bennington.com 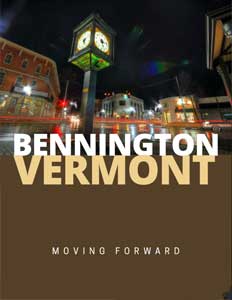