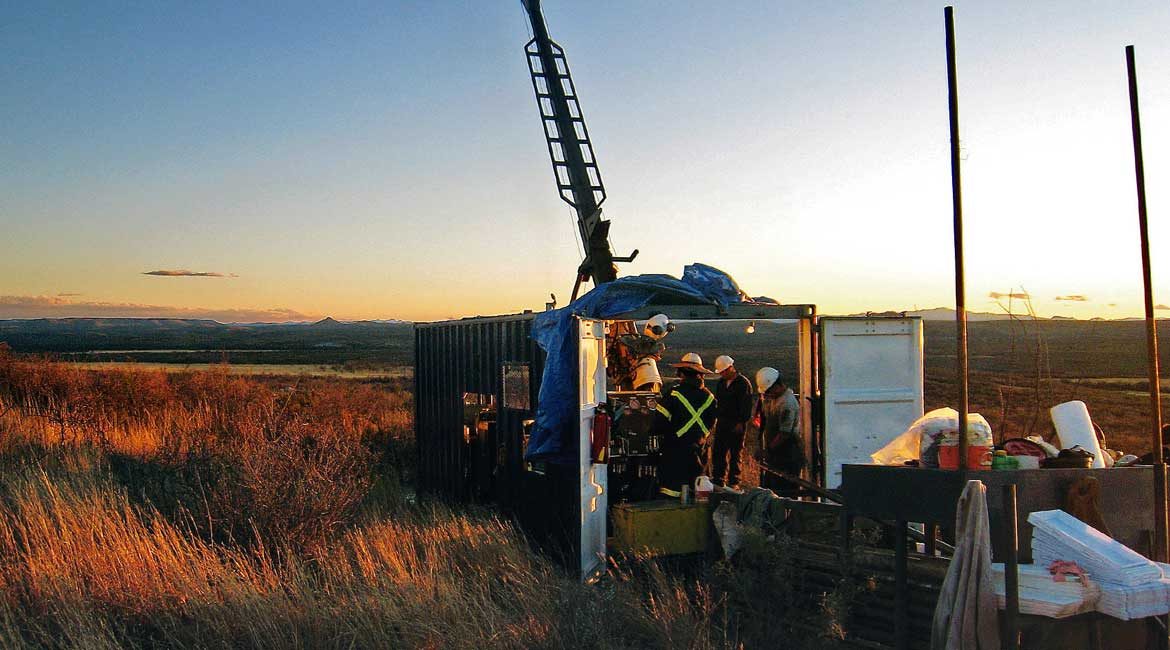 Headquartered in Vancouver, British Columbia, Levon Resources, Ltd. is a Canadian exploration company with a 100 percent interest in the Cordero silver-gold-zinc-lead porphyry project in the northwest state of Chihuahua, Mexico. The Cordero discovery is presently one of the world’s largest silver resources, containing 488 million indicated ounces of silver, plus an inferred estimate of 44.5 million ounces more. The resource also contains 9 billion pounds of zinc, 4.7 pounds of lead, and about 1.4 million ounces of gold.

The company was taken over about nine years ago by Ron Tremblay, its present Chief Executive Officer and President. Over the last several years, Tremblay has taken Levon from a market cap of $5 million to over $100 million. In 2013, Levon purchased an additional claim of 16 hectares in the middle of the Cordero resource for approximately $2 million, which gave the company 100 percent of the resource. “Then we started drilling, after adding about 30 percent to the resource, and we’ve come up with a resource of about 1.2 billion silver ounce equivalent,” Tremblay says. “The net value of that would be about six or seven billion dollars at $25 silver.”

However, because the price of silver dropped, it was not commercially economical, so Tremblay decided to shut the project down, putting it on temporary care and maintenance. “We’ve got about ten people down there, looking after everything, and keeping everything in good shape,” he says. “It’s all locked up. We have a drill sitting in one of our warehouses; we’ve got all of our core boxed and properly stored in the warehouses. We’ve got 272 holes; about 137,000 meters of core sitting there. It’s all in steel buildings that we built there; it’s all catalogued and photographed and well set-up. We’re in really good shape; it just didn’t make sense to continue spending money there with the metal prices where they are. It’s in an advanced exploration stage; we’ve drilled it, we have more infill drilling to do. We plan to do some infill drilling of roughly 25 holes in the core of the resource to improve the IRR (Internal Rate of Return) and the grade, overall. We believe we can do that in the core area because it’s very rich area, judging from the sampling that we’ve done. So, we’re planning on starting that once the silver price gets back over about $20.”

Silver is used in a lot of products – medical, electronics, photography, solar panels – plus it’s a precious metal utilized extensively in jewelry. And as the number of people in the world keeps growing and populations in places such as China, India, South America, and Mexico, become more middle-class, the demand for the metal will likely grow. “Mining always goes in cycles,” Tremblay explains. “And the one thing about metals – you’ve got to dig it out of the ground and you’ve got to process it. That costs money, it takes time, it takes energy, and it takes people; there’s no way around it. And as the costs continue to go up, the price of the metals continue to go up.”

So, Tremblay is optimistic that the price of silver is going to rise over the next few years. (As of this writing, a troy ounce of silver is hovering around the $18 mark.) “I think silver is going to take off,” he declares. “This time, it could push $100. I think there’s going to be a huge demand and I think that there are going to be a lot of companies looking for a project like ours. So, we’re not planning to operate the mine, ourselves; it’s too big. We’re not a large operating company, we’re an exploration company. What we do is find mines and then we sell them to companies – there are many companies we can sell it to. So, it’s just a matter of the timing and the right internal rate of return on the project, which we see somewhere between 28 and 38 percent.”

While awaiting the expected rise in the price of silver, in order to keep his investors happy, Tremblay says that Levon Resources ended up diversifying, keeping about $25 million in cash and marketable securities within the company, and spending about $25 million to invest in VBI Vaccines, a biopharmaceutical firm, developing the next generation of vaccines to address unmet needs in infectious disease and immune-oncology. “All of our shareholders received shares in VBI, plus the shares in Levon,” he reports. “So they got a dividend. I could see that the mining wasn’t going anywhere for awhile, so I wanted to create some other opportunities for our shareholders and diversify a little bit until mining comes back.”

When asked to look a few years ahead, Tremblay responds that he expects that VBI Vaccines will be bought by one of the major pharmaceutical companies for $30 or $50 a share and that Levon will be bought out by a major mining company for close to a billion dollars, depending on the price of metals at the time. “Another mine close by was bought out for $400 million and it doesn’t have anything near what we’ve got,” he states. “We’ve got water, power; it’s a beautiful situation and we’ve got a nice labor force 35 kilometers away. Plus the state of Chihuahua and the government of Mexico are behind us 100 percent.”

Now, it’s just a matter of watching and waiting. 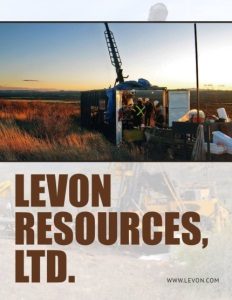