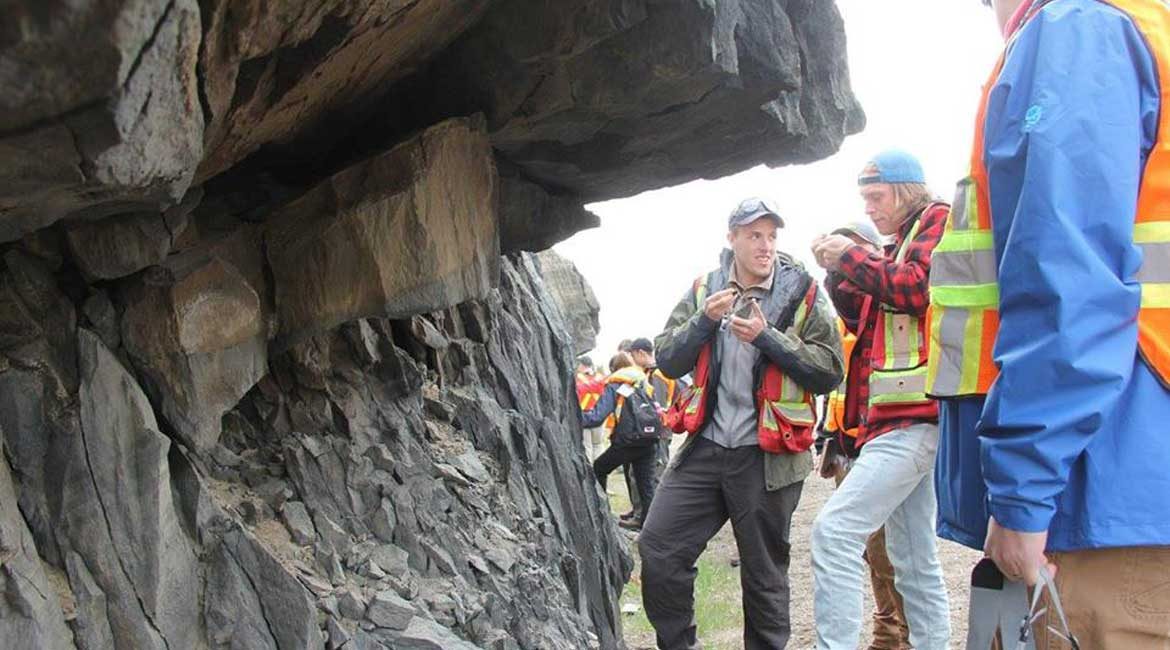 The mineral exploration and mining industry in Canada directly and indirectly employs more than 550,000 people and contributes an estimated $57 billion to the country’s annual GDP. In the field of mineral exploration, Canada is a recognized, global leader – almost half of the world’s 1,800 companies with exploration budgets are headquartered there, and they account for nearly a third of all yearly, mineral exploration spending. Canada also leads the world in mine equity financing, accounting for more than 60 percent of the total.

As a producer and exporter of 14 major minerals and metals, Canada ranks in the top five, worldwide. Calculated by value of production, it is: first in potash; second in uranium and niobium; third in cobalt, aluminum, tungsten, and platinum group metals; fourth in nickel, salt, sulphur, and titanium; and fifth in diamonds, cadmium, and gold. The country also produces more copper, iron, lead, and zinc than it consumes internally and its mineral exports helps it maintain a healthy international balance of trade.

Over time, many mines close when their lodes give out, or they’re no longer economically viable to exploit, so in order to sustain the industry’s national economic benefits, additional mineral deposits must constantly be found, mined, and processed. “You can break the mining industry up into segments,” explains Bob Schafer, the recently retired (35th) President of the Prospectors & Developers Association of Canada (PDAC). “The exploration and development side is what we look after and its technical, social, and governmental relations aspects.”

As Shafer suggests, PDAC, initially founded in 1932, in the depths of the Great Depression, represents the agenda of the front end of the industry – exploration and development. “At that time, it was due to the general struggle of all industries,” he relates. “Miners were having problems dealing with accessing areas to work, developing buyers, and so on. So, back in those days, PDAC focused on two areas: advocacy for a competitive exploration business, and to provide services to its members to help them raise capital, which was in short supply.”

The Association began in Toronto, and Shafer says that its original geographic focus was restricted to the province of Ontario. “But in time, it extended to encompass greater Canada as our membership grew,” he explains. “In recent years, because the Canadian mining industry, particularly the exploration side of it has moved offshore, we essentially followed our members to help them function responsibly both from an environmental and social perspective, and to help them utilize and take advantage of developing technologies. We also advocate for the utilization and development of best practices because you want to operate in the most responsible fashion no matter where you are in the world.”

Today, PDAC continues its role as the leading voice of the mineral exploration and development community, representing over 8,000 individual and corporate members around the globe. Its mission is to promote a responsible, vibrant, and sustainable minerals industry. And, as the trusted representative of the sector, PDAC encourages best practices in technical, operational, environmental, safety, and social performance. The work of the Association is carried out by a 48-member Board of Directors, 16 committees, and a team of permanent, professional staff.

Since 2012, PDAC has been focusing on three major areas of concern, derived from the organization’s last strategic planning activity, held five years ago. Through a well-designed process that included several workshops, interviews with stakeholders, and in-person gatherings, The Board of Directors and staff members worked in unison to prioritize issues based on the broadest impact on the sector: access to land, access to capital, and Aboriginal affairs. “Access to land is obviously critical from a mineral exploration perspective,” Shafer says. “And access to capital is important because exploration just doesn’t occur without corporate finance.”

And since so many of Canada’s mines are located in remote areas of the country, home to Canada’s Aboriginal peoples, PDAC also committed to building stronger relationships with these communities, helping to provide them with the necessary tools and support they need to benefit from the projects that directly affect their lives and land. “Communication, training, and employment are all key components to improving the quality of life in remote areas and, in fact, the mining industry is the largest employer of Aboriginal peoples across Canada.”

One of the main ways in which PDAC communicates to its membership is via its yearly convention, regarded as the premier international event for the mineral industry. “In recent years we’ve attracted anywhere from 20 to 30 thousand people,” says Shafer. “And we’re just moving into the heavy-duty, convention development aspect of the year, leading to our March convention.

In addition to its yearly convention, and keeping its membership informed via its publications, and its social media outreach, Shafer outlines some of the other ways in which PDAC serves its members: “We provide a home for them, in that they’re speaking with like-minded people that have similar business, professional, and personal roles; we act as a unified voice for their exploration and development projects with governments at the provincial, territorial, and national levels; we provide them with a mouthpiece that speaks to the media; we provide networking opportunities; we provide the support that’s needed when a member is working on an international basis – we help them connect with trade commissioners across the globe, so that they know how to interact and what ‘hot topics’ may be in the area in which they’re operating; and when a government agency or Member of Parliament wants some background information on a specific issue, we are very often the go-to group and first source of that information. So, our advocacy helps governments create an enabling environment from a regulatory perspective that permits responsible exploration. It really boils down to communication and collaboration.”

Over the next several years, and largely as a result of Canada’s new federal government’s desire to transition to a low-carbon economy, Shafer sees a shift in the type of minerals mined in the country, with solid growth in the exploration of, what he calls, the “energy metals of the future” such as lithium, cobalt, and rare earth metals. “That doesn’t mean we abandon base and precious metals,” he says, “because there is still a lot of less-developed parts of the world wishing to grow and improve their qualities of life. So the need for copper for transmission of electricity, iron and steel for the construction of cities and towns, for example, are still going to be there and growing. But we’re adding a new component for the transition to a low-carbon environment. The metals that we are mining can make the modern style of life that everyone desires to have, a possibility.”

Meanwhile, PDAC will continue its main mission which Shafer says is “supporting its members, both corporate and individual, to help discover and develop the mineral resources that they’re seeking either at home in Canada, or in other parts of the world. And doing it in a responsible manner, utilizing best practices to protect the environment, while interacting with the communities they’re working with so that they are treated fairly and that a fair return is given to those who own those minerals. And that it’s all done in a fashion that works well with government.”

Since Business View Magazine spoke to PDAC, last fall, it has inaugurated its 36th President, Glenn Mullan. Mullan has been a PDAC member for over 40 years, serving on the Executive Committee, Awards Committee, CSR Committee, and the Governance & Nominating Committee. Currently, he serves as President and CEO of Golden Valley Mines Ltd., where his main area of interest continues to be grassroots, early-stage exploration, primarily for base and precious metals, in Canada and abroad.

WHO: The Prospectors & Developers Association of Canada
WHAT: A trade association representing the mineral exploration industry
WHERE: Toronto, Ontario
WEBSITE: www.pdac.ca 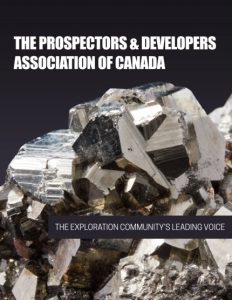