“Our primary objective is to be able to create this wide gulf between our pricing and the competitor’s pricing,” says Bill Naylon, Chief Operating Officer and Executive Vice President of PriceSmart, the largest operator of membership-based warehouse clubs in Latin America and the Caribbean. “If the competitor’s at 30, and we’re at 20. . .we’ll try to figure a way to get to 19.”

According to Naylon, that business philosophy is a direct inheritance from the legendary Sol Price, an early pioneer of the membership-warehouse store concept. “The Price family – Robert and Sol Price – started the whole warehouse club industry back in 1976, in San Diego,” he states. “About eight years later, Sam’s Club, Costco and BJ’s came along as well as several others that eventually either went out of business or were acquired.”

“Price Club competed with Sam’s, BJ’s, Costco, and some of the others until the early ‘90s,” Naylon continues. “In 1994, Price Club and Costco decided to merge. Jim Sinegal, the CEO and Co-Founder of Costco worked for Sol Price’s original retail company, FedMart, and operated Costco with the values and type of culture that he learned from Sol. This common approach to the managing of the business made it easier for the two companies to come together and become the leader in the industry.”

PriceSmart got its start soon, thereafter. “In 1995, a separate company was started – PriceSmart – to focus on developing membership warehouse clubs in smaller formats, internationally.” Naylon says. Some were skeptical that the business model would succeed in Central America. “A lot of people thought they were poor, developing countries, which in a way they were, but they also had a good, solid middle class who wanted to get access to higher quality goods – primarily American-made merchandise and U.S. brands. Either they couldn’t get them down there, or they were very expensive.”

PriceSmart was convinced that the markets were ready and that the model would work. “Our first operation was in Panama City, Panama, in 1996,” Naylon relates, “and it went over very well. By 1999, we had started a massive expansion through Central America and the Caribbean. Between 1999 and 2001, we opened up an additional 17 club stores in seven different countries. Today, we’re in 13 countries with 39 warehouse clubs in 22 different cities.” The countries where PriceSmart has a presence include: Costa Rica, Honduras, El Salvador, Nicaragua, Guatemala, Panama, Aruba, Jamaica, Barbados, Trinidad and Tobago, Dominican Republic, the U.S. Virgin Islands, and Colombia.

PriceSmart’s headquarters are in San Diego, California, but it also has a big presence in Miami, Florida. “Our main distribution center is here in Miami,” says Naylon. “We have a lot of executive management here, as well as most of our senior logistics people. We also have sizable, regional offices in Costa Rica, Panama, Trinidad, and Bogotá, and then smaller offices in some of the other countries.” PriceSmart employs about 8,000 people with about 95 percent of them outside the US. It has 1.5 million membership accounts representing a total of about three million members.

Naylon says that the company doesn’t do a great deal of marketing, relying mostly upon Sol Price’s maxim that the “unsolicited testimonial” is the best way to run a business. “People tell each other about the great deal that they found, the great prices. It spreads word-of-mouth,” he declares. “We have a very limited marketing budget. We spend money when we open a new club to do some initial marketing. Other than that, we have a small team of people in each club that go out and work with large employers. We go to a business that has, say, 500 employees, and try to get employers to buy memberships for their employees. We also have a few people in each club who focus on our small business members, helping them grow their business through the items they can purchase from us.”

Nonetheless, he also insists that almost everyone can save some money with a club membership, especially when buying individual items. For example, PriceSmart carries a good selection of fine wines and a shopper can buy one bottle. “A ten-dollar bottle of wine at PriceSmart is fourteen or fifteen dollars most other places. If you drink one bottle of wine a month, you’re going to save over $50 a year, just on wine. Same if you need tires for your car, a TV, a computer, home appliances, tools, and all kinds of other things that you don’t have to buy in bulk. Our membership is $35 per year and I would be pretty hard-pressed to say that you couldn’t save that in a year. Our average members save at least five times their membership annual fee.”

That $35 membership fee accounts for over 50 percent of PriceSmart’s total income, according to Naylon, who reports that the company’s gross revenue for the last fiscal year topped $2.82 billion. As for the future, Naylon says PriceSmart is closing in on the purchase of a new 325,000 square foot distribution center in Miami, about a mile from its current, leased facility. “We’re currently operating out of two buildings in Miami and this new facility will bring us all under one roof and it includes a cross docking set up that we don’t currently have”.

“We’re also going to continue to penetrate the markets that we’re in,” he continues. “We got into Colombia in 2011; we opened another store in ’12 and another in ’13. And then, in ’15, we opened three including our first club in Bogota. And we just recently opened our seventh location in a suburb of Bogota. Right now, Colombia has the most number of clubs and we think it has the demographics to continue growing. So, we’re going to focus on markets that we’re in, but still keep our eyes open for new countries.”

Regarding its business model, Naylon says that an ongoing pursuit is PriceSmart’s determination to keep driving down sales prices by driving down costs. “In order to get low prices, you have to have low costs,” he states, matter-of-factly. “So, you have to continue to find ways to create efficiencies in our business – in the way we merchandise, to the way we transport it, to the way we handle it with the clubs. It’s always trying to figure out ways to reduce your cost of handling merchandise. If you can do that, then you can ultimately reduce your selling price.” And reducing those selling prices for the benefit of its members is a PriceSmart imperative, just as it was for Sol Price when he began the original Price Club back in the early 1970s.

“There’s a story that reflects the way Sol felt about pricing merchandise and being a fiduciary for your customers,” Naylon recounts. “One of our buyers got a very good deal on a TV and was able to make a significantly higher profit margin than normal. When he went to tell Sol the good news he quickly found out Sol wasn’t at all pleased, as the lower cost should have been passed on to the customer. Sol’s whole point was, ‘How low of a price can I sell something, not how much money I can make on it.’ And that’s something that is a foundation of how PriceSmart operates today. It’s counter-intuitive to most retailers but it’s been a key ingredient in the recipe for our success.”

WHAT: An operator of membership-based warehouse clubs in Latin America and the Caribbean

WHERE: Headquarters in San Diego, California

Belshaw Adamatic – Belshaw Adamatic Bakery Group has served the baking industry for more than 90 years and is one of the leading bakery equipment companies in the USA. Belshaw, founded in 1923, designs and manufactures donut production equipment for thousands of retail and wholesale operators, including restaurants, concessions, chains, supermarkets, cafes, bakery cafes, military bases, ships at sea, central manufacturing locations, donut packaging plants, and more. Adamatic, founded in 1962, designs and manufactures divider rounders and complete roll lines for wholesale bakeries in the USA, Canada, and overseas. Belshaw and Adamatic combined in 2007 to provide equipment for retail and wholesale bakeries, quick service restaurants, supermarkets, concession operators, and others. The company is headquartered in a 120,000 square-foot production facility in Auburn, WA, 20 miles south of Seattle. – www.belshaw-adamatic.com

5 Incredible Stops Along The Wine Route... 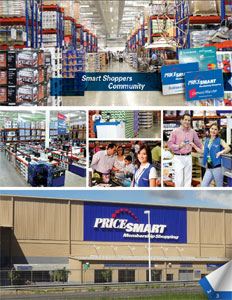