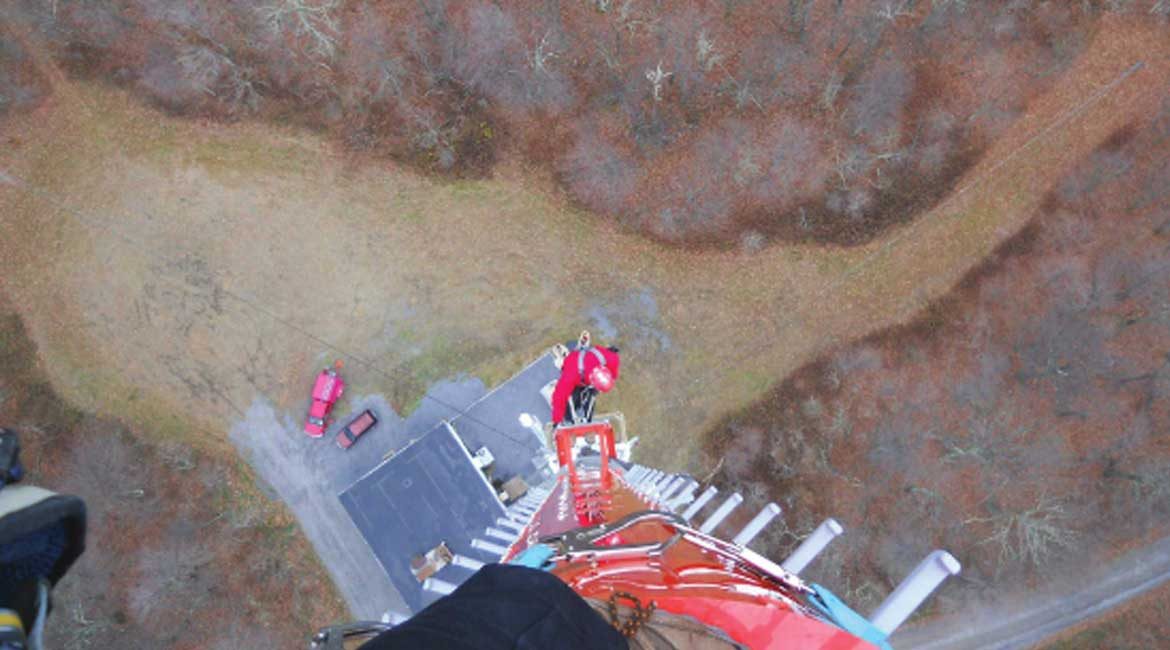 For some, the term “safety first” is merely a cliché. For Dave Anthony, President and CEO of Shenandoah Tower Service, Ltd. (STS) in Staunton, Virginia, it’s a way of life. “Nothing trumps safety at Shenandoah Tower Service,” he states, emphatically. Founded in 1983, STS build and maintains tower and antenna sites throughout the Mid-Atlantic States, including Virginia, West Virginia, Maryland, Pennsylvania, North Carolina, Tennessee, Kentucky, and Washington, D.C. And the company has one of the best safety records in the industry.

“Nearly every accident on a tower site is attributable to a failure on the part of the competent person on site,” Anthony explains. “It takes years, not months, to develop competency in this occupation. We hire people of good character and train them to be great tower technicians. We provide all tools, equipment, and personal protective equipment necessary to make them successful. We do not accept jobs we are not fully prepared to execute and we don’t allow our customers to pressure us into doing something the wrong way or to work outside our limitations.” In other words: It’s always “safety first.”

Before starting STS, Anthony spent six years in the U.S. Air Force as a Telecommunications Systems Control Technician. “After the Air Force, I went to work as a lineman for a local telephone company,” he recounts. “Six months after that, I ended up at a company where I first started climbing towers. I fell in love with the tower work and started looking for an opportunity to develop a business out of it. I worked it part-time, after work and weekends. Over a four year period, I build it into a full-time enterprise.”

In its early years, STS worked for local T.V., radio stations, and two-way radio facilities. “Most of their sites were located on mountaintops in my neck of the woods in Virginia,” Anthony remembers. When the telephone wireless industry was just launching, he was eager to participate, and he’s proud of the fact that by being part of the tower building process, he helped usher in the widespread use of cell phones. “I had just enough experience when cellular began to build the first cellular towers in the county,” he says. “Prior to that, all I had was a pager. I’d be travelling down the interstate to get a job, the pager would go off, and I’d have to pull off, find a pay phone, and call back to see what was going on.”

Today, STS has about 30 employees. At one time, the company had 160, but the wireless sector is notorious for its volatility. “A lot of times, it’s feast or famine in the wireless industry,” Anthony avers. “There are times when they can’t find enough people to do the work, and then there are other times when nobody has anything to do. And unfortunately, a lot of people end up going out of business during those times. Because of the variety of customers we have, we’ve been able to maintain the business. If one part of the industry is down, we can survive because we have the support of another.”

That variety includes close to a hundred unique clients. “We do work with some of the cellular companies and the tower-owning companies,” Anthony explains. “We work for utility companies and support their telecommunications efforts. We work with local broadcasters, and we work for local government entities, from time to time. We like to do greenfield construction; we like to do tower upgrades and modification work, which is in high demand at this stage of the industry. We do a lot of antenna and line work, and tower maintenance, in general.”

In a very competitive field, Anthony asserts that STS has several advantages. “The way we distinguish ourselves is the care of service that we give our customers, the quality of employees that we hire, the level of training that we give them, and the personal commitment to stand by our work, one hundred percent. And because we are very careful about who we hire, we get to keep our employees longer, which is a comfort to the customers – they see the same faces year after year.” In addition, Anthony maintains that STS’s longevity in the business speaks volumes about the company’s experience, as well as its capacity to have gone through the ups and downs that the industry generates, year after year. And then, of course, there’s the company’s commitment to safety. “We have an outstanding safety record and we’re recognized for that throughout the industry,” he adds.

As the wireless sector continues to grow and transform itself, Anthony says that STS is going to have to make some decisions soon about its ongoing business model. “What we do is sometimes the result of what our best customers are asking us to do. That helps to clarify, a lot of times, what our decisions need to be,” he says. “There are small cell and DAS (Distributed Antenna System) deployments now that are expected to be volume-intensive over the next several years and we have to consider if we want to gear up for that or whether we just want to stick with the macro-sites, which we traditionally built and worked on; 5G is on the horizon, a re-pack of the commercial television stations, and the development of FirstNet, an LTE system for first responders across the country. So, there are a lot of things in the works right now that will be impacting our business. I do expect us to remain heavily involved in tower construction and tower modification. We will do a little bit of the broadcast re-pack for the shorter towers in our area. And we will continue to be involved with the maintenance of macro sites. I don’t think I’m very interested in the small cell and DAS deployments.”

However, as Anthony considers retiring from the family-owned business he founded with his wife almost 34 years ago, and passing on its day-to-day responsibilities to his son, he still remains passionately interested in the continuing need for the training and safety of tower industry professionals. “I spend most of my time as an advocate for improving the safety and training and professionalism of the industry,” he says. He is a charter member of NATE – the National Association of Tower Erectors – and an Executive Board Member of TIRAP – The Telecommunications Industry Registered Apprenticeship Program, which is a joint venture of telecommunications companies, industry associations, and the U.S. Department of Labor. TIRAP develops apprenticeship programs available to qualified employers for career development of the telecommunications workforce. Its mission is to partner with stakeholders to promote safety, enhance quality, and enable education and advancement opportunities in the telecommunications workforce that will meet network infrastructure build-out needs. 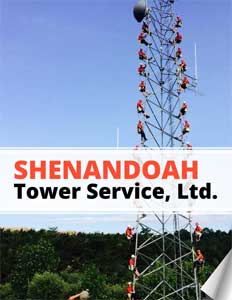