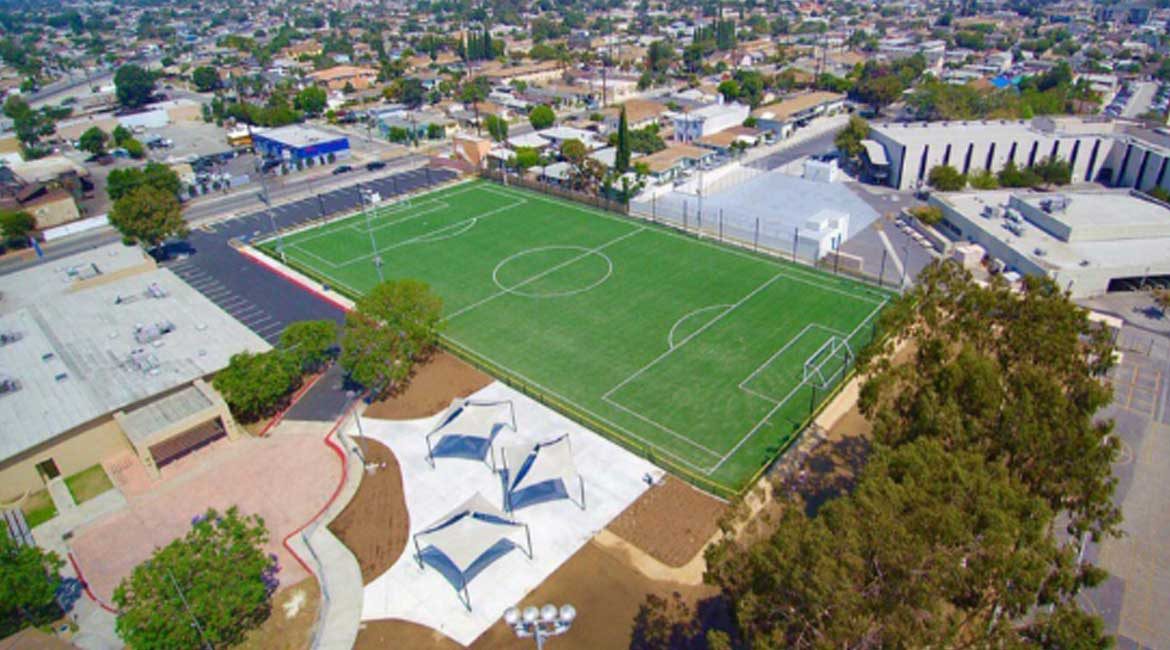 At approximately one square mile, Cudahy, California is a relatively small city. And yet, it has one of the highest population densities of any incorporated city in the United States. This, however, was not always the case. In fact, at one time, Cudahy was notable for the way in which it was intentionally laid out to be far less dense than most American towns.

Cudahy is named after its founder, Michael Cudahy, a meat-packer from the Midwest, who purchased the original 2,777 acres of Rancho San Antonio in 1908, with plans to resell the land as one-acre lots. These “Cudahy lots” sometimes known as “railroad lots,” were intended to allow the new town’s residents to keep a large vegetable garden, a grove of fruit trees (usually citrus), and a chicken coop or horse stable. This arrangement, popular in the towns along the lower Los Angeles and San Gabriel rivers, proved particularly attractive to the Southerners and Midwesterners who were leaving their struggling farms in droves in the 1910s and 1920s to start new lives in Southern California.

By the end of World War II, Cudahy had become largely a blue collar, industrial town with a white population that worked at the local General Motors, Chrysler, Firestone, and Bethlehem Steel plants. The city incorporated in 1960 but by the late 1970s, the factories had closed down and the white residents left for jobs and housing in the San Gabriel and San Fernando Valleys. Stucco apartment complexes were built on the former tracts of land, and the population began to increase with an influx of Hispanic and Latino residents who, today, make up over 90 percent of the city’s population.

Michael Allen is Cudahy’s Community Development Manager. His current task is updating the city’s General Plan, Cudahy 2040 – the umbrella document that outlines the City’s goals for future development and sets its path for an improved quality of life for its residents over the next twenty years. “We’re about two years into the process and close to wrapping up the update; all the elements are in draft form, and ready for administrative review,” Allen explains. “We’re in the process of taking each element before our elected bodies, including the Planning Commission and the City Council, to review those drafts to ensure that we took everything into consideration from the multitude of workshops, study sessions, and community intercepts with the community for final adoption. This has been one of the most comprehensive processes for the City of Cudahy in updating its general plan or adopting a plan of this size and magnitude in its entirety.”

The last time that Cudahy adopted a General Plan was in 1992. “A lot of the goals and policies of the old plan are relatively outdated,” says Allen. “And that transcends into our development code – our zoning code which regulates our built environment, what the density is, what the height is, what it looks like, and what the land uses are. It’s an outdate model; we’re talking about land uses and development standards that were born prior to the ‘50s and ‘60s that don’t make sense in today’s economy or population density; manufacturing type uses that were around during and post-war time that are no longer sustainable  today in terms of jobs creation, tax revenues, or economic development.”

In addition, the city’s former plan had little input from its residents. “The 1992 General Plan adopted goals and policies, but it was driven by the elected officials and the city employees who worked on it,” Allen says. “Today, our General Plan has truly been driven by the community as a whole. We have held countless workshops, seminars, and study sessions with stakeholder groups. Instead of only holding meetings in town hall style sessions, where you’d find more traditional workshops and seminars, we’ve actually taken to the street; staff has gone out and set up shop on the sidewalk where we expect a lot of foot traffic, like a church on the weekend or a school during drop-off or pick-up time. There, we could engage residents who typically don’t have time to participate in more traditional outreach to pose questions and conduct the community survey to get feedback on where they feel they’re at now and where they want the city to go in the future. It was a key priority to maximize any possible way this plan could be driven by the community.”

Allen strongly believes that the kind of community input the city has engendered is key to the General Plan’s ultimate success for the next twenty years. “People generally support what they, themselves, create,” he maintains. “And so, if you can involve everybody in the creation process, you’re solidifying its future success. Decision making is also improved when based on group consensus. When everybody buys in, it’s much easier to make decisions, moving forward. Lastly, important to the creation and success of the General Plan is creating equality of input and participation from all group members. We assign equal value to every single resident’s opinion, every single stakeholder’s opinion; every single business owner, public service provider, private sector partner, and any other stakeholder group, including educational professionals, religious leaders, and non-profit organizations servicing the community.”

For example, Cudahy has one main, commercial corridor, but no actual downtown where people can shop, dine, or enjoy entertainment opportunities. And Allen says that one of the top requests from its residents was to create such a downtown – a central focal point for the city. “Today, if you want to shop or eat in the southeast area where Cudahy is situated, many residents choose to go outside the city,” he states. “A lot of the drive behind this update is creating opportunities within the city limits for dining and entertainment, receiving public services, and participating in civic opportunities and programs. The biggest change in our General Plan in terms of land use is rezoning that commercial corridor to create more of an environment that facilitates investments into that area and invites residents to do business there. That definitely has been a core focus.”

Helping to achieve that outcome is the City’s recent efforts in the creation of a new taxing entity, established with the help of its local and state legislators, which will allow it to reinvest taxing dollars into the local neighborhood. “That is going to be a very important tool, moving forward, in the coming years to identify and create a new source of revenue that can be focused and reinvested on certain areas,” Allen reports. “In ten or so years, we will have that downtown corridor implemented in Cudahy. And, hopefully, we’ll be identifying strategies that can be implemented over the next 15 or 20 years that will continue to expand on that concept.”

Allen says that the General Plan’s draft documents will be available before the end of February and that the next step for the City is to complete its state-mandated environmental study. He thinks that the Plan’s final adoption will take place sometime this summer.

Meanwhile, Cudahy`s Community Development Department has already secured over $10 million in competitive grant funds over the last four years for capital improvements like parks, sidewalks, roads, and educational outreach over the next five years. Evidence of this is seen in the City’s recently completed Clara Expansion Park project (a quarter-acre park expansion including a walking path, five exercise stations, and picnic areas – a $1.8 million project all funded by the State); and the Lugo Park Renovation project (a complete overhaul of natural turf to a state-of-the-art, synthetic soccer field – a $1.6 million project made up of County, Federal, and local funds).

Michael Cudahy’s original plan to make his community work for the benefit of its residents still resonates in the ethos of the city that bears his name – only, today, that plan is being updated in its implementation to meet the desires of its current population. Cudahy, California may be a city small in size, but its plans for the future are big. 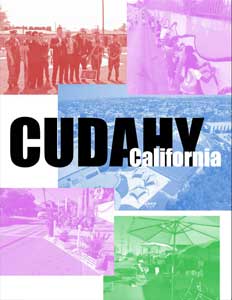