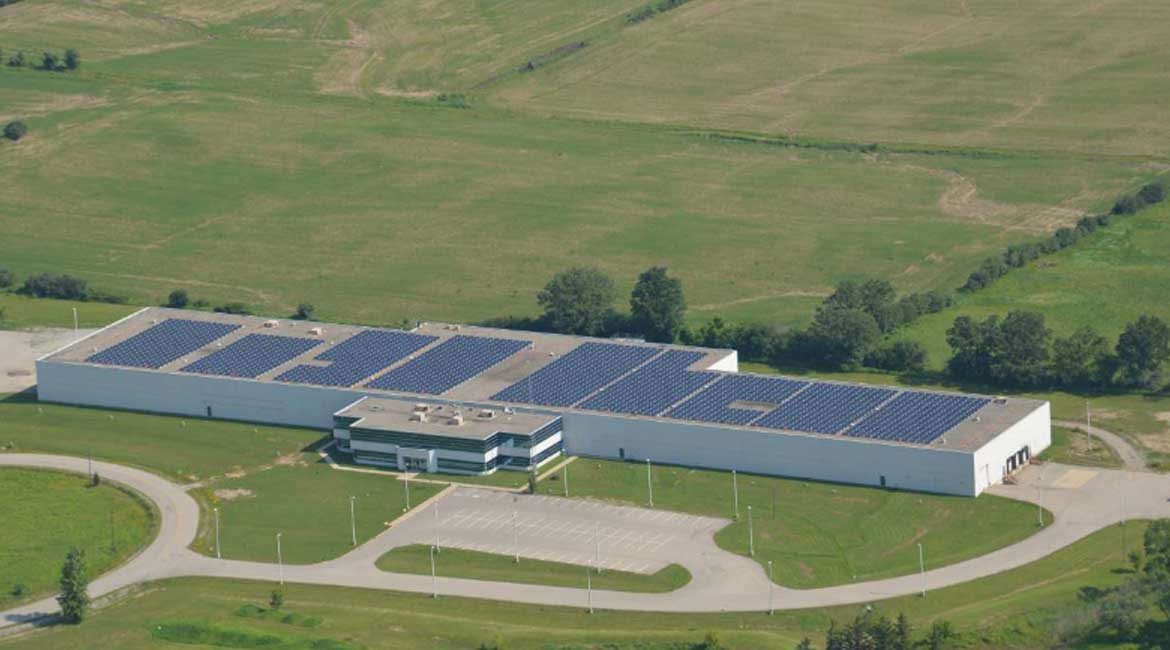 The County of Brant, located in the Province of Ontario, has a population of approximately 40,000 people and is located approximately 60 miles southwest of Toronto.  In 1999, a host of towns and communities organized under one level of government to form the present-day County of Brant. The most highly populated areas in Brant are Paris, St. George, and Burford. Smaller communities within the municipality include Cainsville, Falkland, Glen Morris, Harley, Langford, Middleport, Mount Pleasant, New Durham, Newport, Oakland, Onondaga, and Scotland.

Brant sits on the outer, western ring of the Greater Toronto Area (GTA). Given Brant’s easy access via a major four-lane highway system to the American border, plus a municipal airport that can accommodate small to medium sized corporate jets, the County has placed tremendous focus on attracting and developing the types of industries that best suit its location and available workforce. These include heavy manufacturing, advanced manufacturing, and warehousing and logistics. The result of this focus has been impressive, particularly when combined with the County’s helpful pro-business programs and initiatives.

“We offer low development charges, low taxation rates, and a comfortable style of conducting business,” says Michael Buranyi, Brant’s Economic Development Officer. “We have a very strong, focused, and proactive management team, and Council, that work with the business community and interests that are looking to invest in the area. Over the last five years, we’ve exceeded two million square feet of new and expanded buildings in the County. As a result, more than 1,600 direct jobs have been created.”

“So, we’re starting to really experience some fairly rapid growth,” adds Paul Emerson, Chief Administrative Officer. “We’ve seen a lot of change in the last five years and we anticipate a lot more to come. There’s a lot of interest from various business looking to relocate.”

Some major firms have already made the move to the County’s new business park. “For example, Adidas looked around the entire country of Canada and decided that this would be a good location for their national distribution center,” says Emerson. “And there are many other industries that are locating or expanding here – Tigercat Industries, being one. They compete, head-on, with Caterpillar and John Deere and have a good share of the forestry equipment marketplace. They just looked at this location to do a fairly significant expansion.” Emerson adds that another new business park for the County is on the drawing boards.

Meanwhile, Brant’s main business district is in the community of Paris, a town of about 12,000 that sits on the confluence of the Grand and Nith Rivers. Paris was first settled in 1829 and officially established as a town in 1850. It was named for the nearby deposits of gypsum, used to make plaster of Paris. Once called ‘The Cobblestone Capital of Canada’ because of its number of aged cobblestone houses, Paris’ downtown has responded to the County’s growth with what Emerson calls, “a fairly significant resurgence. I see higher-end restaurants, higher-end specialty clothing and jewelry stores going in,” he relates. “There’s a small conference center. A number of the older buildings are being torn down or completely re-purposed with high-end retail and condominium living. And there’s a bunch more on the books. So, we’re seeing an increased vibrancy of the downtown core. And it’s going to look a lot different five years from now as some of these condo developments come on and some of these stores continue to revitalize themselves. It’s really dramatic. It’s amazing what’s happened in the last five years.”

Once again, the County’s pro-business agenda has helped. “The municipality has put money into, and authorized the development of, a Community Improvement Plan for the downtown core,” Emerson says. “That plan lays out the public sector infrastructure – new lighting, more parking – but it also puts into place the framework for revitalization and allows us to invoke certain financial instruments, for the businesses that meet certain criteria.” In addition, the government is offering grants of up to 50 percent of the cost of redoing store and building façades.

And Emerson relates that the County itself has gone into business. “The County has been entrepreneurial in looking for new ways of doing business as a government entity and established a municipal corporation that is able to act as one,” he explains. “The purpose of Brant Municipal Enterprises (BME) is to look at opportunities that will provide some revenue in areas that will also enhance environmental sustainability and economic growth.” One of those areas is green, renewable energy. “They have a fairly large solar portfolio that they’ve developed in partnership with the private sector and the First Nations community, nearby,” says Emerson. “That’s been quite successful and it’s helped to reduce our carbon footprint and at the same time it’s provided a good source of revenue to the municipality. They’re also looking at hydroelectric generation and have approvals from the Province to conduct feasibility studies.”

“The other area of business that Brant Municipal Enterprises looked into was fiber optics,” Emerson continues. “The big players like Bell Canada and Rogers Communications are here, but by us getting into the fiber optics business, we can provide that end-of-the-line fiber to various businesses that Rogers and Bell maybe haven’t gotten to yet. We also provide redundant services, so if the one service provider goes down, they’ve got the backup. So, we’ve been able to do that. It’s been an important tool for economic development and the businesses that locate here.”

In addition to its welcoming business climate, Emerson stresses that Brant County offers newcomers a wealth of natural beauty and diverse, cultural amenities. “We have the largest watershed – the Grand River system – that meets with its major tributary in downtown Paris. So there are great valleys, natural areas, and trails,” he states. “In the social infrastructure, I see all kinds of people being attracted to this community – accomplished, creative people. And it’s manifesting itself in all kinds of different ways – concerts and lecture series; stuff that nobody even thought about five years ago. It’s an exciting place to live. It’s got a great quality of life.”

Mayor, Ron Eddy, agrees: “The Council of the County of Brant is extremely pleased to be a growing and progressing municipality with the ability to improve operations and expansion of facilities and services for the convenience and enjoyment of our citizens.” An exciting place to live, indeed.

WHO: County of Brant, Ontario
WHAT: A county of 40,000
WHERE: Approximately 60 miles southwest of Toronto
WEBSITE: www.brant.ca 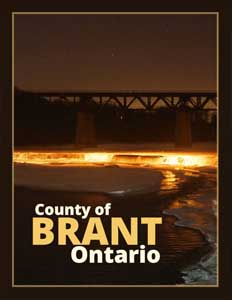 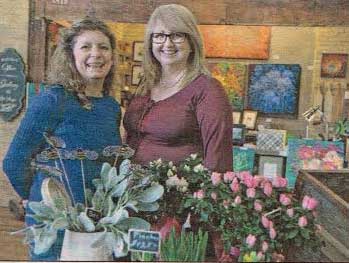