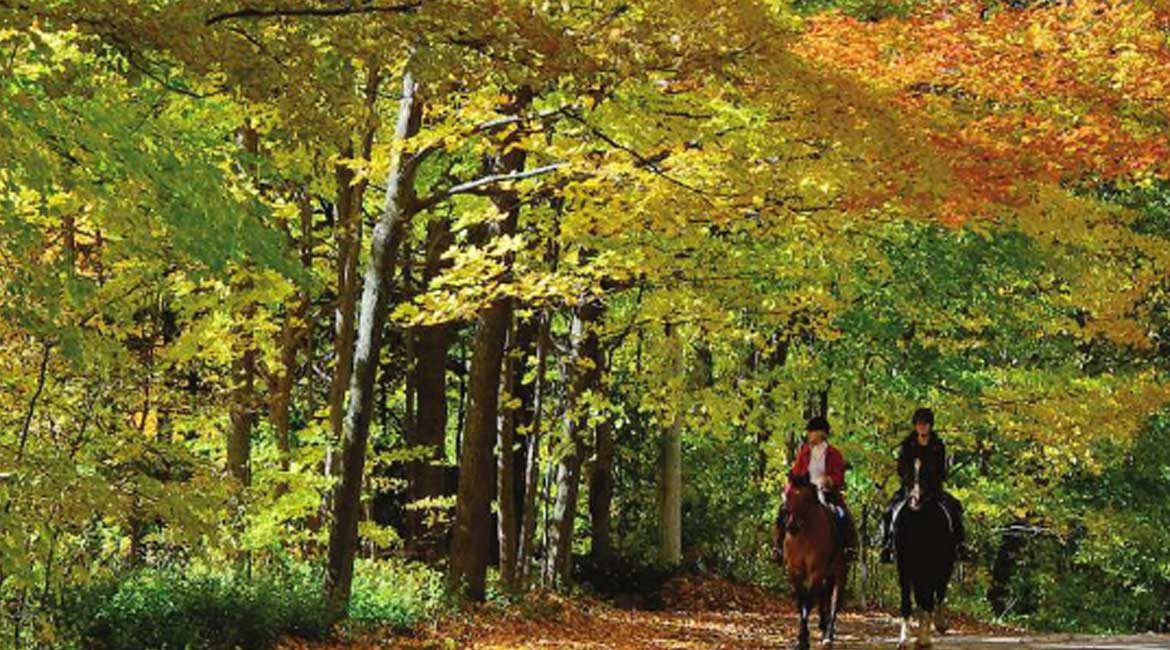 The Town of Erin, Ontario is located at the headwaters of the Credit and Grand Rivers in Wellington County, in the southwestern part of the province. Home to just under 12,000 people, Erin, is a bedroom community, approximately 50 miles northwest of Toronto, and is composed of the former Village of Erin and the Township of Erin (Hillsburgh), encompassing the hamlets of Ballinafad, Brisbane, Cedar Valley, Crewson’s Corners, Ospringe, and Orton “Our two urban centers are the Village of Erin, which is roughly 2,500 people and the Village of Hillsburgh, which is about 1,500 people,” says Mayor Allan Alls. “There is a lot of growth land around both communities – future development land – but we haven’t been able to develop it because we don’t have waste water treatment. So that’s the major initiative that’s under development at this stage of our growth.”

According to Alls, Erin is the largest community in southern Ontario that has no municipally operated waste water treatment, and because developers are “chomping at the bit” to come to Erin, and the town is interested in attracting new businesses, getting a waste water treatment plant is high on its list of priorities. “So, we have launched an environmental assessment which has five steps,” Alls continues. “We’re at step three: determining how we can do waste water, how much development will come from it, and how we can service our existing population.”

“At the present time, the community is on septics and the question is how many of them can we absorb into any system we consider,” says Derek McCaughan, Erin’s Interim Chief Administrative Officer. “That’s going to be an interesting question given the demographics of our community, having two urban areas that are separate from one another.”

Alls adds that the public will continue to be able  to voice its opinion through the upcoming Official Plan Amendment, as well as when the consulting engineering company that the town is using completes its study, which should be sometime in early 2018. “We’ll have a public consultation process and along with the Town Council making decisions.  We have a control management team and a public liaison committee which is made up of about 24 citizens from across the town,” he says. “The intent is to have a Public Information Center where the public will come in and take a look at what this company’s come up with.”

“When the engineering studies are done, we’ll be required to come up with how we’re going to pay for waste water treatment, because we’re looking at roughly $60 million,” the Mayor explains. “Money will have to come from more senior levels of government, and, obviously, the town will have to commit to borrowing to some degree. And, of course, we hope to leverage every developer that wants to come to this community. So, it’s going to take some smart bargaining, going forward. But, I think it’s there, because of our location. We do have well over 500 acres of development land and they’re running out of land south of us that can be developed.”

“We have a number of developers who are ready to develop; it’s just a question of addressing this sewage issue,” McCaughan adds. “We can’t definitively identify where the funding is coming from, but there will be a combination of sources we will need to leverage to bring this to fruition. We’re going through an exhaustive study, right now, that identifies how big we can actually grow according to the capacities of our river system.  The community has to weigh in on that and that’s something we look forward to doing.”

Coinciding with Erin’s waste water treatment project is the town’s growing focus on its economic development. Indeed, it just hired its first Economic Development Officer, Robyn Mulder. “Economic Development is a new position, here in the Town of Erin,” she states. “We’re looking at business retention and expansion. Because we are a bedroom community and our taxes predominantly come from residential, we are trying to increase the development of our industrial and manufacturing companies. So, business retention is of the utmost importance to keep and support what we have, and then grow and expand, as well.”

One big step that the town of Erin took earlier this year concerned a large manufacturing plant that had been dormant for a number of years. “We finally have a new developer there, now,” Mulder reports. “They manufacture paint accessories and they’re looking for 40 new employees. We’re also looking at formalizing a visitation program. That means going out to our businesses and speaking with them, looking at what support they need and how we can help. And that’s very important for this community. Working cooperatively and strengthening links with partners will continue to build the community. So, I’ve been very busy collaborating with outlying counties and regions, and identifying what initiatives and grants they have that we can use.”

Mulder is also working on another big project that is more tourism-based. “Our proximity to the GTA (Greater Toronto Area) means that we have a large tourism component that we can draw on for the town,” she says. “The big initiative that we’re moving forward with, beginning in 2017 is a project called the Erin Rotary Riverwalk Trail. Ontario Tourism is mandated to look into the trails throughout Ontario, so we’re actually falling in step with their vision. There’s money out there for trails, so the timing is perfect for the town. We’re looking at getting grants from a number of different organizations. We’ve completed a feasibility study and are moving forward with Phase One. The Riverwalk will connect the Village of Erin and the Village of Hillsburgh, and it will also link up with the Trans-Canada trailway. We don’t know exactly what it is going to look like yet, but it is one of the biggest initiatives that this town has seen in a long time, and will drive an increase in tourism.”

“This town is blessed with natural beauty,” says McCaughan. “The Riverwalk is going to be the catalyst for increasing our tourism activity.” “We’re a day-tripper destination,” adds Alls. “Folks come out of the city looking for that “Country Charm” experience that Erin can provide. So, if we get this Riverwalk going, the restaurants and everything else in the area will be well-supported.” “My mandate is also to build the town as a four-season destination,” says Mulder, “and we’re hoping that the Riverwalk will attract tourists in those off-seasons, just as much as in the summertime.”

McCaughan, who is also a recent addition to Erin’s town administration, gives a lot of credit to the Town Council for its planning and growth strategies. “The Council that this town has elected has been extremely visionary,” he declares. “They’ve developed a strategy going forward which identifies who they are and where they want to go. It certainly needs to be executed, but it’s there, waiting for action to take place. They’ve also undertaken an organizational review that talked about positioning the administration of the town for its future growth.”

Regarding that growth, Mayor Alls has his own vision, as well: “I want to see growth in Erin; I want to see our tax revenue go from 95/5 percent to more like an 80/20 ratio – 80 percent residential, 20 percent industry and commercial. That’s a big gap to fill for us, right now, but industrial and commercial properties contribute far more to a tax base than residential properties which helps to alleviate the tax burden on the residents So, I hope to see some growth in that area; I think we will. I hope to see the waste water plant started; I hope to see some developers coming, and more residential growth. And I think five years from now, we will see that begin to occur.”

“There’s a lot of enthusiasm and optimism in the town from the residents and the business community,” says Mulder. “There’s only one way to go, and that’s forward.”

WHO: Erin, Ontario
WHAT: A town of 12,000
WHERE: In Wellington County, approximately 50 miles northwest of Toronto
WEBSITE: www.erin.ca 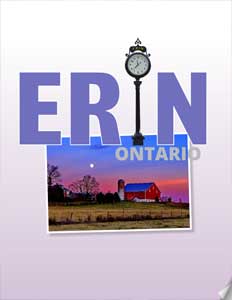