August 2015Past IssuesSupply Chain and Logistics 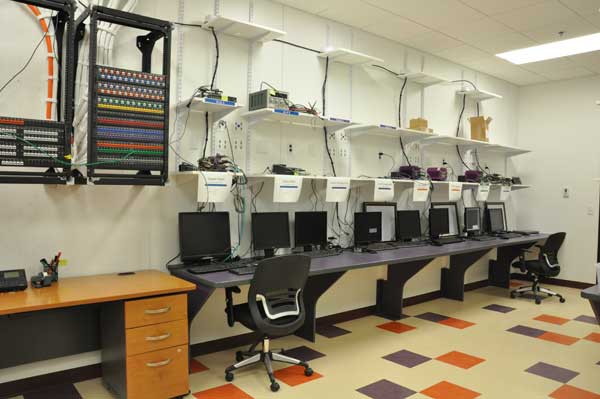 Every once in awhile, we turn on the news and are informed that another disaster has occurred somewhere, involving an airplane, a railroad train, or a cruise ship. These devastating accidents are often accompanied by a tragic loss of life in addition to the destruction of the particular means of transportation, or “mobile asset,” owned by the airline, railway, or shipping company.
Usually, after detailing the damage caused by an errant jet, a runaway train, or a cruise liner that has strayed from its course, the news reporter will often end the story with a somber remark suggesting that the cause of the accident is currently unknown, but under investigation. Was the plane experiencing mechanical trouble? Was the train going too fast? Was the captain in control of his vessel? We don’t know and, normally, it takes some time to figure these things out.

But what if there was a way to monitor and identify critical pieces of information, not after, but while they were occurring? Would real-time knowledge of system breakdown or operator failure help prevent bad accidents from happening at all? And if it could, what kind of systems could be designed in order to make that information available and actionable? And even if the situation wasn’t dire, wouldn’t real-time information also help improve a mobile asset’s overall safety and efficiency?

Mike Heilmann is the Executive Vice President of Business Development at Wi-Tronix, a company based in Bolingbrook, Illinois that designs, develops, and deploys mobile asset management solutions to rail, marine, and commercial and industrial operations in the United States and Canada. And answering those riddles is the driving force behind his company’s mission: “To integrate the latest technologies that will enable businesses to improve the operational efficiency, service reliability, and safety of their high-value mobile assets.”

Heilmann, who founded Wi-Tronix with Larry Jordan in 2004, explains the partners’ thinking: “In a typical plant environment, they have process control systems, and all kinds of monitoring and alerting and maintenance solutions to keep the plant running and to know what was working and what wasn’t. But companies that were dependent on mobile assets did not have that visibility. They really didn’t know how their asset was performing or how their operators were performing. That was the piece that was missing. And the systems that were out there were disjointed and very asset-specific. There really wasn’t any way that a railroad or an operator that had multiple platforms could look at a consolidated picture of how their business was running in real time.”

What Heilmann and Jordan saw when they decided to create their company was the convergence of two technologies: sophisticated micro-processor control systems within the locomotive electronics environment and the ability to transfer data over a wireless platform. So what Wi-Tronix sought to do was to integrate all of the available control and monitoring equipment, such as the digital video recorders (DVRs) and event recorders (ERs) on a locomotive, and pair them with a Wireless Processing Unit (Wi-PU,) in order to convert real-time data into actionable information which could be wirelessly transferred, instantaneously, to a mobile asset’s management or control center.

The result of this application was that a railroad manager, however far away from the locomotive the operations center may be, would now immediately be able to receive wireless notification of critical information in the event of an emergency brake application or other serious system anomaly. In addition, on-board operator actions would be viewable with video looking out the front of a locomotive or cab car. With these synchronized systems in place, management would have the ability to respond appropriately to a potentially disastrous situation before it can result in dire consequences.

The Wi-Tronix system can use any mode available, such as satellite, Wi-Fi, or cellular. What makes the company’s products so valuable to its customers is that they can be made to work, and be compatible with, any pre-existing infrastructure regardless of manufacturer or model. “Our core competency is systems integration. We pride ourselves on being able to integrate, essentially, any available technology,” says Heilmann. “There really isn’t anybody that interfaces or integrates with the number of on-board sub-systems that we do. Our system can be deployed across the customer’s entire fleet, whether the locomotives are brand new or fifty or more years old.”
Wi-Tronix devices, themselves, are always upgradeable because they are modular. “That allows us to provide upgrade packages as technologies advance,” explains Heilmann. Wi-Tronix customers can always switch to a newer wireless technology when it becomes available and when it makes good fiscal sense for them to do so. The company’s upgrade packages also include new features and functionality, as well.

For example, one of the company’s latest fuel saving tool enhancements is Wi-Nav, a device that was created to increase the accuracy monitoring real-time fuel tank levels on mobile assets. The upgrade added new modules internal to the Wi-PU and, according to Heilmann, it also included “a 3-axis accelerometer, gyroscopes, and a digital compass capability that didn’t exist when the first systems were deployed. There wasn’t a platform for that, now there is that technology.” The upgrade gives operators more accurate fuel readings while also providing additional benefits of inertial navigation (when no GPS is available) and impact severity data in the event of an emergency.

Another functionality that the company is piloting, according to Heilmann is “an in-cab audio notification that will alert the crew or the operator if he’s over speeding or operating the train in an unsafe manner. It aids the operator by increasing their situational awareness without adding any additional distractions (e.g. displays) in the already cluttered cab environment. There’s a lot of data, a lot of visual cues that operators need to be looking at when they’re trying to run a train. Now we can call their attention to information that, maybe because of a distraction or information overload, they may have missed or may not be aware of.”

Today, Wi-Tronix and its 94 employees have deployed approximately 10,000 monitored systems in various Class I and short line railroads, including: BNSF, Amtrak, the Canadian National Railway, the Canadian Pacific Railway, the Kansas City Southern Rail Network, SunRail (a new commuter line in Central Florida), WATCO (which operates 32 short line railroads in the U.S. and Australia), the Florida East Coast Railway, and Genesee &Wyoming (which operates 120 railroads on more than 15,500 miles of track), among others. Heilmann would like to double that number by 2020, and is now moving more aggressively into expanding its reach into marine as well as international markets.

And according to Heilmann, while also helping its customers save money and maximize efficiency, the company’s main focus has always been on safety: “One of the more significant drivers of why we do what we do is to improve the overall safety of rail operations. That’s what makes the company tick.

The efficiencies and fuel savings help aid the customers in justifying their investment, and we do our best to make sure that they continue to receive ROI and can capitalize on the investments that they’ve made in our solutions, but at the end of the day we feel that every additional system we deploy potentially saves lives. We’ll certainly never know all the opportunities where we were able to have a positive impact there, but safety is a significant motivator that drives the company.”

As a leader in the creation and application of technologies that can help avoid serious disasters, Wi-Tronix’s successes can perhaps be best measured by the number of stories that never make it to the daily news. 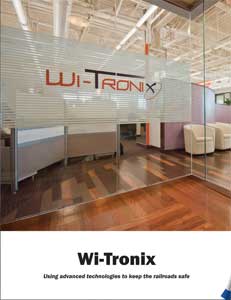