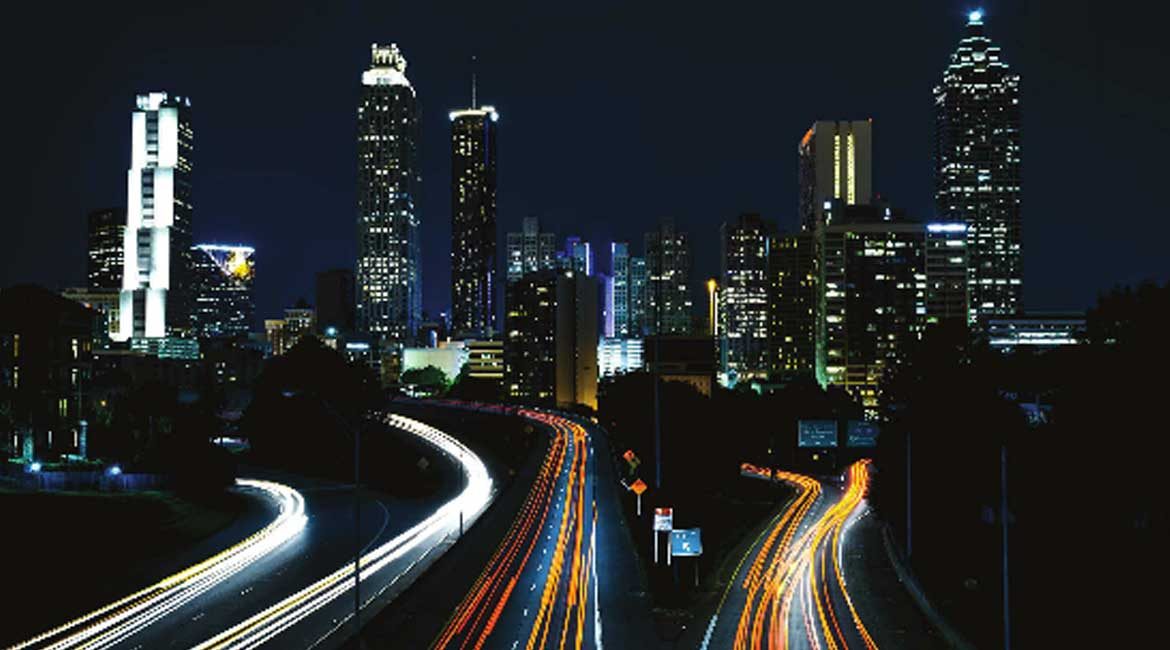 “By 2050, it’s expected that 80 percent of the world’s population is going to be concentrated in cities,” says Stephanie Stuckey Benfield, Chief Resilience Officer of the City of Atlanta Georgia. “And, when you look at some of the impacts of climate change, cities are often the hardest hit, and they’re also on the front lines of implementing policy and programs that can actually combat climate change and other stresses and shocks that cities face.” 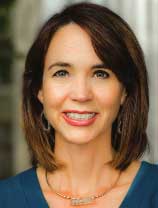 In order to explore how cities across the world intend to meet the challenges of global warming and the rapid changes that will be caused by the increasing population of the planet’s urban cores, the Rockefeller Foundation created the 100 Resilient Cities Initiative – a $164,000,000 project with a completion date set for the fall of 2017. The Foundation began working with its first group of 32 cities in December, 2013. In 2014, it named its second cohort of 35 cities. In May, 2016, the final group of 33 cities was announced, and Atlanta was invited to participate because it satisfied the Foundation’s criteria – it had an innovative mayor, a history of building partnerships, and a proven ability to work with a wide range of stakeholders. Benfield, Atlanta’s former Director of Sustainability, was chosen to direct the city’s program.

“There are four deliverables that Rockefeller provides for each selected city,” Benfield explains. “The first is that they select and pay for a chief resilience officer in each of the cities, so I’m going to be in charge of spearheading the program in the City of Atlanta. Then, they pay for a consultant to draft a chief resilience plan; they provide in-kind resources in the form of strategic partners and consulting firms that are available to provide technical support for our work; and finally, they deliver to us a resilience plan. We’re in the early stages of the program, and we’ll kick off our planning, next month.”

“In Atlanta, this process is going to involve selecting what stresses we think the city most needs to combat,” Benfield continues. “We’ll probably be looking at aging infrastructure, and also our transportation system is in need of upgrading and expansion. We’ll probably be looking at food deserts and increasing access to fresh, healthy food. And we’ll also look at income inequality and equity infused throughout all of the initiatives we’ll be working on. Once we get the plan in place, we’re going to be identifying specific areas where we can implement initiatives and, hopefully, start seeing some real action to address these problems.”

When it comes to implementing programs, Benfield says that Atlanta’s Office of Sustainability, which she recently directed, already has demonstrated an enviable track record. She recounts many of the city’s groundbreaking programs and initiatives:

“For example, in the past year and a half when I came on board with the city and we started getting the political support for our work from the Mayor and the City Council, we’ve added 65 electric vehicles to the city’s fleet; when I began, we had one EV and it was donated. We’re about to have a hundred electric vehicle charging sites at our airport, where we had zero, and our plan is to expand that to three hundred by next year. We have passed a Climate Action plan; we were the first city in Georgia to do that and as result of the momentum that we built with the Climate Action plan, we were invited to participate in the Climate Action talks in Paris.

“We have entered into contracts for energy-saving performance in almost a hundred city buildings. We’re completing the auditing stage now. We had a very competitive RFP process and we selected four energy-saving companies that are going to be working across departments to retrofit city buildings. We passed a commercial building energy efficiency ordinance. We were the first city in Georgia to require water audits – that involves buildings that are in the city limits that are 25,000 square feet and above, and we created a whole benchmarking program and data base. And we’re now benchmarking energy and water usage; we’ve got a year’s worth of data, already.

“We have a very aggressive recycling program; we’re about to re-label all of our recycling bins to improve the contamination rates. We are the first city to do a pilot program – we’re going to be measuring all of the waste that the city generates with an innovative new technology that we’re working on. We went from losing money on our recycling program to now we’re making a profit because we renegotiated our contract.

“We have the first Urban Agriculture Director in the country, here at City Hall. We’ve just identified a surplus property site that we think will be really appropriate to have an ‘adopt-a-lot’ program where city residents can sign up to adopt city-owned land and turn it into urban-ag. We’re putting all the pieces together for that. We just won a grant to have a solar advisor embedded at City Hall, and we streamlined solar permitting.

“So, we are actually implementing programs, not just creating plans. I do anticipate a lot of initiatives we already have being rolled out and implemented are going to align nicely with 100 Resilient Cities. I anticipate that the plan that we finally produce is going to include a lot of the initiatives that are already underway and on the ground.”

One of the advantages of being a Resilient City is the opportunity to share information with other municipalities in the program. “There’s a lot of crossover on the types of problems that cities are facing,” says Benfield. “That’s the whole reason for the program. Cities can learn best practices from one another and there’s a lot of collaboration. Mexico City, for example, has the same type of flooding problems as Atlanta; so does Capetown. So, I can have a conversation with the Resilience Officer in those two cities and we can share best practices about how they’ve dealt with those issues. I had a meeting recently in Washington, D.C. with Chief Resilience Officers from five U.S. cities and we were getting nuts and bolts on some of the issues that we’re facing. So, a lot of the discussions we’re having are very detailed and action-oriented.”

Because of the massive funding provided by the Rockefeller Foundation, there are also many global opportunities for the dissemination and sharing of information and best practices. “They may fly us all to Rotterdam so we can learn what they’re doing,” Benfield adds. “There are also international conferences that they’ll include us in. If there’s an international conference dealing with climate issues, or quality of life, they’ll be a breakout session for all the Resilience Officers who are attending. They are constantly looking for synergies with other organizations.”

According to Benfield, another focal point of the 100 Resilient Cities Initiative is how cities can create economically vibrant communities. “The focus is strongly on recruiting businesses, keeping businesses, and creating an environment where those businesses can thrive and prosper,” she relates. “For example, transportation is critical. When companies come to Atlanta, they want to know how accessible their future site is to public transit. How easy is it for their workforce to get there?”

Once again, Atlanta, which is well-known nationally for its automobile gridlock problems during rush hour, is moving proactively to ameliorate the situation. “The only way we’re going to solve gridlock is getting people out of their cars,” Benfield declares. “So, we just passed a Transportation Special Purpose Local Option Sales Tax (TSPLOST) and two initiatives that were on the ballot that, together, provide a one-penny sales tax increase. They’ll be $400 million expected over the next five years for the TSPLO and an expected $2 billion over 40 years for our MARTA (Metropolitan Atlanta Rapid Transit Authority) expansion. That funding is going to provide a lot of expansion and improvements to existing services. We’ll be seeing some bus routes expanded. It takes a lot longer to build the new infrastructure for a subway line or expand a subway line. So the quick focus is going to be on how we can have some of these routes that go through neighborhoods that create that first mile/last mile connectivity and make sure that if you’re going to live in Atlanta and work downtown, you can be able to get to your workplace without having to drive. We have a 22-mile trail around the city of Atlanta that, when complete, will also have a streetcar running alongside it. So it’s a trail with a transit component and that’s going to transform the way people get around this city.  And it’s going to make the city so much more economically vibrant.”

Atlanta is dynamic place with a rich history of adapting and responding to economic transformation and social change. Indeed, the city’s motto is resurgens, which means “rising again.” Today, as one of the world’s 100 Resilient Cities, this metropolis of almost half a million people has yet another opportunity to show the world how it intends to meet the challenges of the future in sustainable, practical, and resilient ways.

WHO: Atlanta, Georgia
WHAT: The state capital with a population of approximately 465,000
WHERE: Central Georgia, near the foothills of the Appalachian Mountains
WEBSITE: www.atlantaga.gov

TOTO is the world’s largest plumbing products manufacturer, offering a complete line of commercial and decorative plumbing fixtures and fittings, faucets, accessories, shower and flush valves, as well as lavatories, toilets, air baths, and urinals. More than 1,500 TOTO engineers and their colleagues are committed to achieving the seamless integration of performance, conservation, design, and innovation.

The company’s founder, Kazuchika Okura, had a vision more than one hundred years ago in 1912, before the concept of public sewage systems was widespread in Japan. After seeing more advanced systems overseas, he was moved to establish a ceramic, sanitary-ware laboratory to develop healthier and cleaner living spaces.

In 1917, Okura founded Toyo Toki K.K. (which became known as TOTO Ltd.) to supply the market with these products. TOTO was founded on a commitment to provide a comfortable living space for people, while always protecting the planet and its water.

TOTO has always embraced technology, pursued the highest levels of cleanliness, incorporated high aesthetic standards, protected the environment, and worked to improve people’s lifestyles. Because the company has continually innovated in all of these areas, it has become the world standard of excellence for a quality bathroom experience. 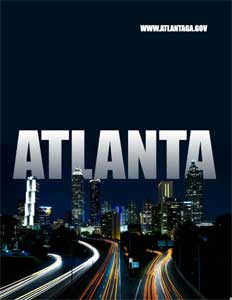